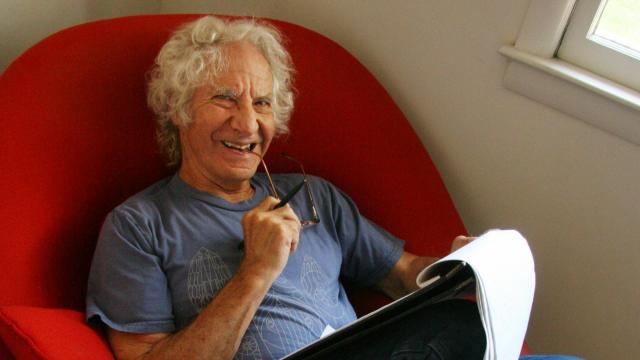 On January 7th -- my 91st birthday -- my driver’s license expired. Not long before, I had had a cataract operation that didn’t go as expected. The retinal doctor arranged for me to get a license that had these restrictions: I couldn’t drive at night, go over 45 miles an hour, or drive on Interstates. That said, I still had to pass the driver’s test. I felt uncomfortable and like I was 15 again. I passed, no problem.

Until then, when I wanted to go anywhere, I jumped into my British racing green MINI Cooper S. If the weather permitted, I rolled back the sunroof, rolled down the windows and was on my way. The MINI provided me with freedom, flexibility and the opportunity to do whatever I wanted whenever I wanted.

In my mind, the new restrictions were not that much of a burden. I usually I get to bed fairly early. Most of what I want or need to do can be done on local back roads. However, something shifted. I found myself becoming more easily distracted. My vision was not as clear as it had been and, even in areas that I was familiar with, I would occasionally take the wrong turn. Getting around in unfamiliar areas was becoming more difficult, especially when driving into the setting sun. I did not want to put myself or anyone else in jeopardy. I decided to give driving up.

The consequences were profound. Not only did I lose the freedom and flexibility that driving provided, I also lost the feeling of independence.

I had to rely on others. I am an economist by training. Not only does relying on others take additional time, energy, resources and funds (TERF), I have to adjust my needs to their availability. Sometimes I have to pay for services. Importantly, I was no longer able to jump into the MINI and give my friends a hand whenever I felt like it.

It has been three months since I decided to stop driving—except in five instances, which give you some insight into what is most important to me: a seminar at the Seymour Senior Center on Creativity with Carl Norgren and a follow up meeting at Caffè Driade; a meeting at the Chapel Hill Library on senior’s transition from independent living; taking a friend who had been in an accident out to eat; and once, when another friend from out of town visited who could not drive stick shift.

This is a newly explored territory that in some way or another, many of us have to work our way through. I decided to give up driving while the choice was mine. The alternative may have resulted in consequences I would not have wished to live with. It’s not easy, but I’m adjusting.

Bernie Kemp is a nominally retired economist, who writes about aging and other topics here: "Perspectives of a 91-year-old economist."