Give Gig Economy Workers Equity? The SEC Is Considering It 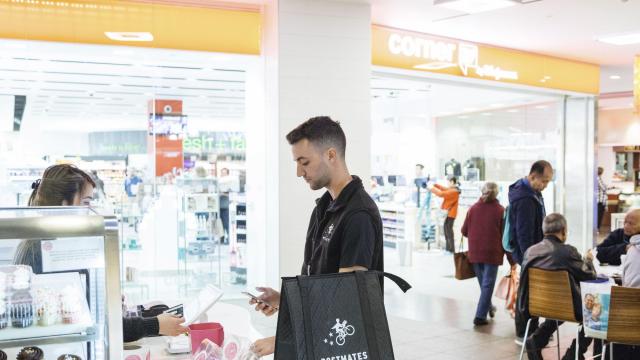 The gig economy has created economic opportunities for millions of people. Uber and Lyft have empowered everyday drivers to become paid chauffeurs. Airbnb has made homeowners hoteliers. And TaskRabbit has opened new markets for handymen and other laborers.

But much of the wealth created by these companies is not passed along to workers through conventional wages, but to a small number of insiders who own stock.

Uber is eyeing an initial public offering that would value the company at $120 billion. Airbnb was valued at $31 billion last year. Lyft was recently valued at $15 billion. TaskRabbit was bought by Ikea last year for an undisclosed amount.

In each case, employees and investors reap the vast majority of those profits, while the gig economy workers — arguably the ones creating much of the value for these companies — can’t partake in those winnings. That’s because they are contractors, not regular employees, and federal securities law restricts private companies from issuing shares to such workers.

That may soon change.

Earlier this year, the Securities and Exchange Commission requested public comments on potential updates to the laws that govern who can receive stock in private companies.

Among the possible modifications to the law — known as Rule 701 — is a change that could have far-reaching implications for how gig economy workers are compensated.

In considering a change, the SEC is tacitly acknowledging that for all the value gig economy companies are creating, they are also, in some ways, contributing to the stark income inequality that is roiling society.

Though contractors provide much of the labor for these tech companies, the SEC noted that gig economy workers were not traditional employees who enjoyed conventional benefits and wages.

Companies were supportive of the idea. Uber, Airbnb and Postmates, a food-delivery startup, all chimed in, saying they would welcome the change.

“Providing equity would allow partners to share in the growth of the company, which could lead to enhanced earning and saving opportunities for the partner and for the generations ahead,” Uber’s head of federal affairs, Danielle Burr, said in a letter to the SEC.

Rob Chesnut, Airbnb general counsel, echoed the sentiments in his comments to the SEC.

And Postmates said it hoped it could grant equity to its contractors. “While we are proud that our fleet earns significantly higher than minimum wage across jurisdictions, we are also committed to the long term upward mobility of our Postmates,” company executives wrote, using company jargon for its gig workers.

Even gig workers chimed in.

“Permitting Uber contractors to own stock in the firm would be another measure which would allow a large group of people on the lower economic rung of society to make significant strides toward the greater wealth and financial security enjoyed by the middle class,” wrote Brian Sament, who identified himself as an “UberEats delivery guy.”

Yet even if gig economy workers did have access to equity, there is no guarantee that it would solve their financial woes. Though it’s not clear if such equity grants would replace or reduce wages, labor experts say that relying on private company stock is risky, especially for workers lacking financial security.

“Equity is not wages, it’s risky,” said Louis Hyman, a professor at Cornell University and author of “Temp,” a recent book on the labor market. “For people who need to have a steady paycheck, this is not the answer.”

Should the SEC move ahead with such a plan, there are plenty of details still to be sorted out, including the tax treatment of such equity grants. If gig economy workers receive private company stock without any way to sell it, they could be liable for taxes on those gains, without having any easy way to pay those taxes.

The SEC could also need to modify other rules that stipulate that if companies distribute stock to more than 2,000 people who are not employees, such as accredited investors, they need to adhere to more rigorous public reporting requirements. And in one of the rare instances when a company tried to do something similar, it failed spectacularly.

Juno, an Uber competitor, offered its drivers restricted stock units that were supposed to convert into lucrative equity. But when Juno was sold to another company, Gett, last year, the program was scrapped, and the equity was virtually worthless. And even before that happened, Juno was considering whether its program might have to be voided because of scrutiny from the SEC.

Despite the inherent risks in such an arrangement, it’s a fair bet that most gig economy workers would jump at the chance to get even a sliver of equity in a company like Uber or Airbnb.

“It’s said that ‘the greatest social program is a job,'” Sament wrote the SEC. “But a job or contractor position with stock benefits would help hundreds of thousands of people to do more than just tread water financially. We may be able to achieve some measure of security.”