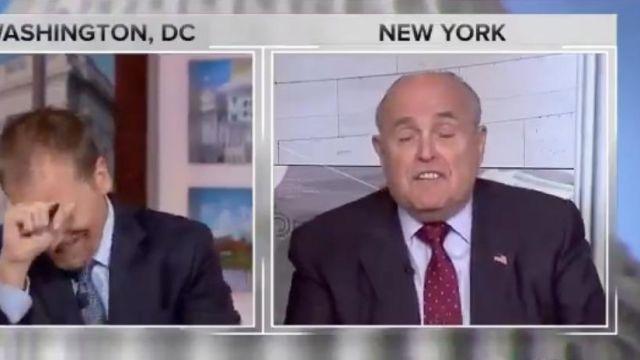 First, the facts were alternative, Kellyanne Conway, a counselor to President Donald Trump, suggested in 2017.

And now, Rudy Giuliani, the president’s personal lawyer, said “Truth isn’t truth,” adding his own phrase to memorable — and sometimes head-scratching — comments made by those close to the president.

During an interview Sunday on NBC’s “Meet the Press,” the show’s host, Chuck Todd, asked Giuliani about Don McGahn, the White House counsel, who The New York Times reported was cooperating extensively in the special counsel investigation.

Todd asked how Giuliani had responded to requests by the special counsel, Robert Mueller, to interview Trump and whether Giuliani had delayed the investigation.

Giuliani replied he would not be rushed into having Trump testify “so that he gets trapped into perjury.”

“And when you tell me that, ‘You know, he should testify because he’s going to tell the truth and he shouldn’t worry,’ well, that’s so silly because it’s somebody’s version of the truth. Not the truth,” Giuliani said.

“No, it isn’t truth. Truth isn’t truth,” Giuliani said as Todd leaned his head onto his hand.

“Truth isn’t truth?” Todd asked, appearing stunned and at one point looking up. “This is going to become a bad meme.”

“Don’t do this to me,” Giuliani replied, his hand to his head, mimicking Todd. “Donald Trump says, ‘I didn’t talk about Flynn with Comey.’ Comey says, ‘You did talk about it.’ So tell me what the truth is.”

Giuliani was alluding to a statement he made on CNN this month that the president never spoke with former FBI Director James Comey about ending an investigation into fired national security adviser Michael Flynn, thus contradicting Comey.

Giuliani’s phrase that “truth isn’t truth” joins Conway’s assertion in January 2017 that the White House had put forth “alternative facts” to ones reported by the news media about the size of Trump’s inauguration crowd.

Like Giuliani, Conway also made her comments on “Meet the Press.”

After the interview Sunday, Merriam Webster tweeted the definition of “truth,” while Comey was more direct, tweeting: “Truth exists and truth matters. Truth has always been the touchstone of our country’s justice system and political life.”