Girls on the Run of the Triangle aims to boost confidence through physical activity, life lessons

Durham, N.C. — The self-confidence that many girls have at a young age begins dropping drastically by age 9, research shows, and 50 percent of girls ages 10 to 13 experience bullying.

In an effort to address those stark numbers, thousands of girls across the Triangle have spent their afternoons running.

Girls on the Run hosts afterschool programs at public and private schools, community centers, churches, and YMCA for girls at a time when peer relationships become more central to a girl’s life. 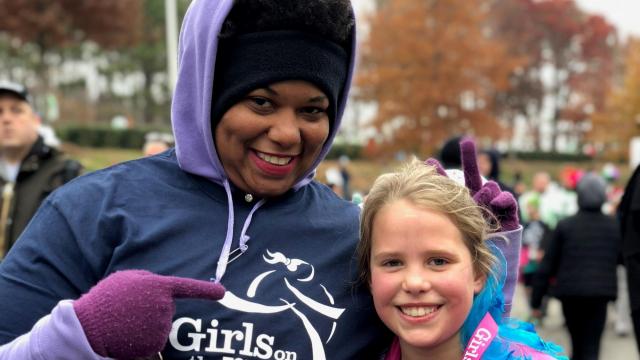 Girls on the Run leaders are very clear — their group is not simply just a running club.

The organization promotes confidence, connection and friendship through lessons that incorporates running, skipping, hopping and other physical activity to highlight importance of staying active for physical and mental health.

In 1998, Mandy Murphy, who founded Girls on the Run of the Triangle, was on her way to Charlotte to run a race when she heard Girls on the Run International founder Molly Barker being interviewed on the local NPR station. 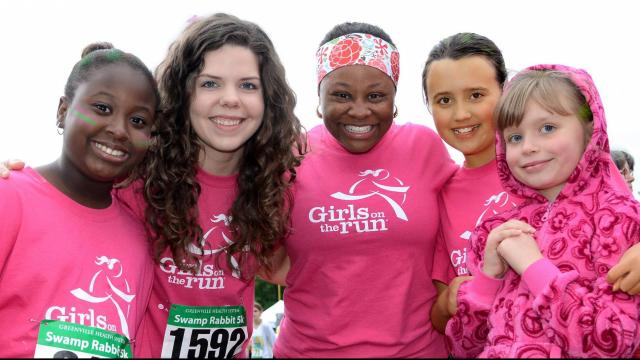 Murphy, who was then working in the corporate sector, said the interview changed the course of her life and career.

“It just really resonated with me and brought together many of my passions,” she said. “The real meaning of the organization is to help girls in a preventative way connect into who they really are at their core, live from that place, and not get off track due to societal messages or lack of confidence.”

Girls on the Run of the Triangle — one of the 200 Girls on the Run International organizations in the U.S. — has worked with more than 16,000 girls in Wake, Durham, Chatham and Johnston counties since it launched in 2000. 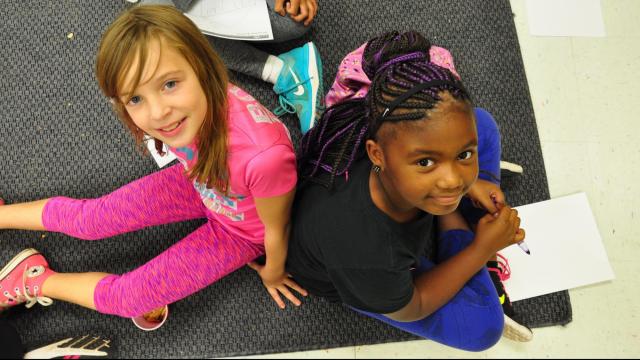 In total, more than 1.6 million girls have participated in a Girls on the Run organization around the country since its 1996 founding in Charlotte.

The goal is to reach girls of all backgrounds, celebrate diversity and inclusion and eliminate financial and other barriers that prevent any girl from participating.

The coaches lead third through fifth grade girls through the Girls on the Run curriculum, which covers topics like standing up for yourself, using your voice, managing emotions, conflict resolution and healthy habits. 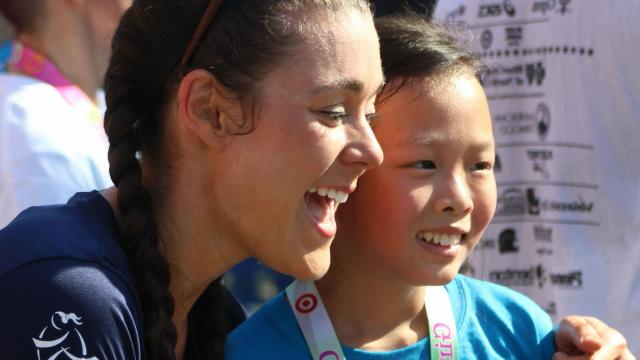 “We don’t emphasize competition, we emphasize coming together as a group and really finding strength,” she said.

Murphy, who now works for Girls on the Run International, said the reason the organization focuses on third through fifth grade girls is absolutely strategic.

Because research has shown that at age 11 or 12 girls become significantly more influenced by the opinions of peers, the organization aims to reach them before confidence is lost to adolescence. 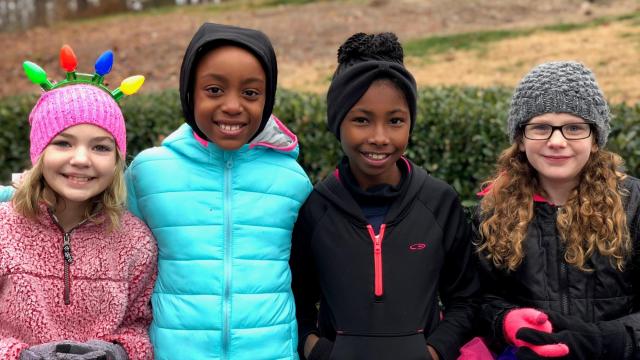 “The program is designed so that we solidify this belief in themselves and give them the skills, so that when they are going through the developmental milestone of transitioning from inward to outward, they are equipped with the tools to help them navigate that,” Murphy said.

The programming has been expanded to include Heart and Sole, a similar program for 6th-8th grade girls that covers more mature topics like eating disorders, peer pressure, and drug and alcohol use.

Girls on the Run of the Triangle programs hold a 5K Run as the culminating goal of the 10-week curriculum. Girls, parents and coaches run together dressed in costumes as they shout motivating messages.