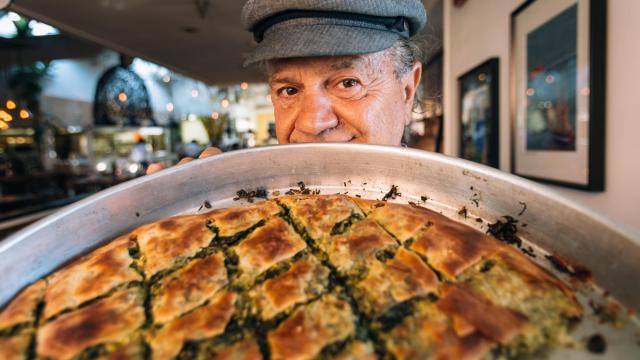 Chapel Hill, N.C. — Giorgios Hospitality Group is teaming up with a Chapel Hill native to open a new restaurant.

Osteria Georgi is expected to open this spring at 201 South Elliot Road. It's named in honor of Giorgios Bakatsias’ friend George Tarantini.

“George had such love and respect for hospitality, and for all the small details that make it such a special way of connecting with each other,” Bakatsias said of the longtime N.C. State soccer coach who passed away in 2019.

Osteria Georgi's menu will include house-made pastas, braised meat dishes and antipasta. There will be a focus on using ingredients grown or made near Chapel Hill.

The restaurant plans to be open for lunch, dinner and brunch and include a market section selling items including Osteria's fresh bucatini and pomodoro sauce.

“We are especially proud to be opening Osteria Georgi with Chef Daniel Jackson, a Chapel Hill native who has just returned to the area after polishing his talent in some of the country’s most celebrated kitchens,” Bakatsias said.

Jackson, a graduate of UNC, has had a 17-year career in the culinary industry, including time at Michelin Star restaurant Eleven Madison Park in New York City and a job as executive chef at the Museum of Modern Art, where he oversaw three restaurants.

Jackson and his wife returned with their three young children to Chapel Hill last year to be near family.