Getting Into Harvard Is Hard. Here Are 4 Ways to Get an Edge. 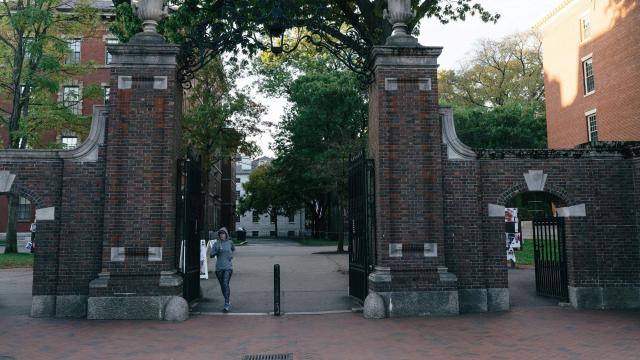 For three weeks in October, Harvard’s admissions system was on trial before an often standing-room-only crowd in a federal courtroom in Boston. Harvard was accused of discriminating against Asian-American applicants, but the university firmly denied this throughout the trial, which ended last week.

Through testimony and internal documents, the case provided an eye-opening look into the often guarded and opaque admissions process at Harvard. With some 40,000 applicants and about 1,600 available seats, Harvard argued, some students would inevitably be left out.

How admissions officers went about that sifting process seemed to some in the gallery like an exercise in cynicism, which perpetuated the established ruling class, and to others like a noble pursuit, which lifted “diamonds in the rough,” of all backgrounds, into the future elite. Here’s what we learned about who gets an admissions edge:

Harvard gives advantages to recruited athletes (A’s); legacies (L’s), or the children of Harvard graduates; applicants on the dean’s or director’s interest list (D’s), which often include the children of very wealthy donors and prominent people, mostly white; and the children (C’s) of faculty and staff. ALDCs make up only about 5 percent of applicants but 30 percent of admitted students.

While being an ALDC helps — their acceptance rate is about 45 percent, compared with 4.5 to 5 percent for the rest of the pool — it is no guarantee. (One of those rejected despite being a legacy was the judge in the federal case, Allison D. Burroughs. She went to Middlebury College instead.)

Harvard’s witnesses said it was important to preserve the legacy advantage because it encourages alumni to give their time, expertise and money to the university.

Every year, Harvard sends out thousands of recruitment letters inviting high school juniors to apply, based in part on their PSAT scores. Students who take Harvard up on the invitation are about twice as likely as other applicants to be admitted.

In “sparse country” — 20 largely rural states where relatively few apply to Harvard — the university drops the PSAT score cutoff for white students to qualify for an invitation. In 2013, white applicants with PSAT scores of 1310 were invited to apply from sparse country, compared with 1350 for white and Asian-American women and 1380 for white and Asian-American men outside sparse country. Black, Hispanic, Native American or other minority students needed an 1100 or better to be invited to apply, regardless of location.

Admissions officers are urged to look for applicants with “unusually appealing personal qualities,” which could include “effervescence, charity, maturity and strength of character.”

Outgoing students seemed to benefit most, according to court documents and testimony.

But new guidelines issued days before the trial began last month caution officers that character traits “not always synonymous with extroversion” should be valued, and that applicants who seem to be “particularly reflective, insightful and/or dedicated” should receive high personal ratings as well.

At trial, Harvard did not dispute that Asian-American applicants received, on average, lower personal ratings than applicants of any other race or ethnicity. The plaintiffs said this was evidence of Harvard’s stereotyping of Asian-Americans as industrious but dull. Harvard said it was not the result of discrimination; rather, it was partly because of weaker support from high school teachers and guidance counselors.

“We do not endorse, we abhor stereotypical comments,” the dean of the Harvard admissions office, William Fitzsimmons, testified.

Those with a compelling life story, who have overcome obstacles

Court documents, including guidelines issued to admissions officers, repeatedly showed clear advantages given to poor students and those from disadvantaged circumstances. But stories of besting challenges of other kinds also gave applicants an edge.

In his application, Thang Diep, a Harvard senior who came from Vietnam as a child, talked about being bullied for his accented English, and how affirming it was when a Harvard professor was the first teacher to pronounce his name correctly.

Sarah Cole appeared in court to testify that as a black student from Kansas City, Missouri, she had worked hard to get a scholarship to a prestigious private college-prep school, but suffered socially for it. She said white teachers told her she was not smart enough to excel, and customers at her job laughed at her for wearing a Stanford T-shirt. She graduated from Harvard College in 2016, and is now a public school teacher.

Fitzsimmons, the admissions dean, said that a candidate’s race was given weight only if it was reflective of life experience, such as “the fact that they had overcome and surmounted these kinds of obstacles.”

And Fitzsimmons, whose parents had run a gas station, spoke of how he had applied to Harvard, hoping to be the first person in his family to go to college. He got in.