Get or sit: Fortify delays to intensify in July 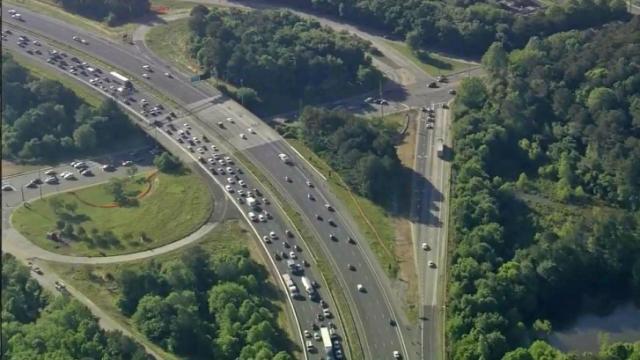 Raleigh, N.C. — With more lane closures now in place on Interstate 40 in the Fortify work zone, construction crews are making progress on the massive rebuild of the deteriorating highway.

That progress, however, will likely result in major delays in the coming weeks and months for drivers passing through the southern section of Raleigh.

North Carolina Department of Transportation officials say time is quickly running out for drivers to master alternate routes and new methods for getting to and from their destinations.

Concrete barriers are now protecting workers in the median between Lake Wheeler Road and the U.S. Highway 1 interchange on both eastbound and westbound I-40.

DOT spokesman Steve Abbott says traffic flow through that area has been good, but it's probably not a good indication of what's to come.

"We have not restricted capacity. That's coming in the next several weeks," he said.

Much of I-40 in south Raleigh has four or five lanes of traffic, but by the end of July, crews will install more lane closures and traffic shifts between Lake Wheeler Road and the I-40/Interstate 440 split.

Capacity will be reduced to three lanes in each direction.

"That's when the biggest impact will start. That's when we'll start seeing those 30-minute delays in each direction under ideal conditions," he said.

Officials expect that accidents and breakdowns could make delays even longer because shoulders will no longer be available.

DOT crews have set up breakdown areas in the work zone so drivers can move vehicles off the highway and behind barrier walls.

"Don't stop on I-40 and get out, because the moment you open your door and step out you're in a travel lane," he said.

As for the delays, Abbott reiterated the need for drivers to find alternate travel routes or other forms of transportation.

"People will believe it when they see it," he said. "We are seeing traffic pick up on other roads now, so people are heeding that warning."

Construction work will continue on I-40 through late 2016.