Get a Handle On Your Pots and Pans 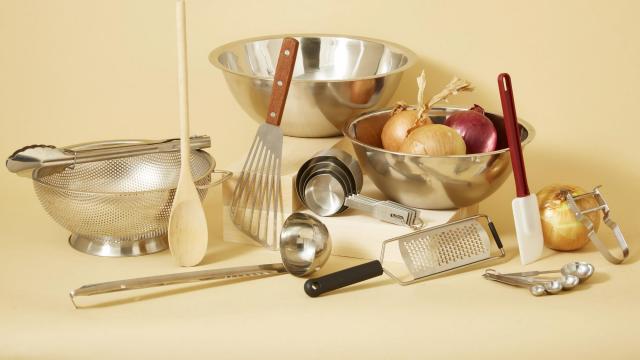 First, it came for eyeglasses. And then it came for makeup. It came for mattresses, and razors and erectile dysfunction pills. And now, finally, the Great Disruption has come for your cookware.

Up until a few years ago, consumers faced a dizzying array of pots and pans on trips to department stores or online: cast-iron skillets in a multitude of sizes, nonstick fry pans with lids and without, tri-ply sauté pans with different metallic exteriors, and stainless steel pots of varying volumes.

But with the emergence of several direct-to-consumer kitchenware companies, buyers can now eschew choice for curated, pared-down sets — just the essentials.

Great Jones, for example, which was started by Sierra Tishgart, 28, a former writer for New York magazine, and Maddy Moelis, 28, offers only five pieces: an enameled cast-iron Dutch oven, a ceramic nonstick pan, a stockpot, a frying pan and a sauce pot. The Dutch oven, which they refer to as The Dutchess, costs $145 and comes in five millennial-matte colors (Blueberry, Broccoli, Earl Grey, Mustard and Macaron). The full set is $395.

Potluck, which was founded by two former employees of the cosmetics company Glossier, Minsuk Kim, 31, and Jessica Sheft-Ason, 28, offers just four pieces, all stainless steel: a skillet, two saucepans and a stockpot. The company also sells a knife set and utensil set, as well as a bundle that includes 22 items for $270. Misen, another recent cookware startup, sells a $320 bundle of three knives and three pots and pans, while other direct-to-consumer brands specialize in just one product. The Field Co. manufactures cast-iron skillets, and a company called Milo just sells $95 Dutch ovens (they may eventually expand into other offerings).

Tishgart said the impetus for starting Great Jones, named in honor of Judith Jones, the writer and editor who discovered Julia Child, was change: “Food has exploded as this cultural obsession, and yet the cookware feels very antiquated and detached from that,” she said.

What was needed to update it? Candy colors. Instructions on recycling. And illustrated directions for how to care for the products. (Tishgart declined to call Great Jones as a lifestyle brand, but outlined plans to offer customers more than basic functionality.)

Kim, of Potluck, said a goal was to offer full sets that were less expensive than leading brands. The pots and pans are sourced from some of the same manufacturers, but Potluck sets lower prices by selling them directly to the consumer. When asked what differentiated Potluck products from those that purchased at department stores like Macy’s, Kim said: “Nothing.”

Of course, legacy brands like Le Creuset have other perks, including generous lifetime warranties. Tishgart acknowledged that the new entries into the cookware space need to “function exceptionally,” and “can’t just be a pretty thing on your Instagram.”

But when she sought to upgrade items in her kitchen a few years ago, she said she was surprised by the markup on high quality items. “I remember having the thought of ‘Do I just need to be married to get these nice things?'” Tishgart said. “How strange and 1950s is that.”

According to Joe Derochowski, a home-industry adviser for NPD Group, most purchases in the $2.5 billion cookware industry are made by people in their 20s to 30s who are often outfitting a kitchen for the first time, or those in their 50s and 60s who are upgrading existing products. (Kim said while most Potluck customers have been millennials, he’s been surprised by the number of older people who have purchased his products.)

And the industry is growing. Derochowski said that even though there has been an uptick in take-home meals, consumers are increasingly interested in making healthy meals in products that are easy to clean. Thus, Great Jones started with investments from the co-founders of the luggage maker Away, Jen Rubio and Steph Korey; the Sweetgreen co-founder Nicolas Jammet; and the chef and restaurateur David Chang, as well as Jessica Koslow of Los Angeles-brunch spot Sqirl and Audrey Gelman of The Wing.

A less confusing retail experience with lower prices still may not be compelling enough to lure consumers away from tried and true brands like All-Clad and Calphalon. But these startups are dead-set on disruption, one kitchen cabinet at a time.