German Mustards With an American Accent 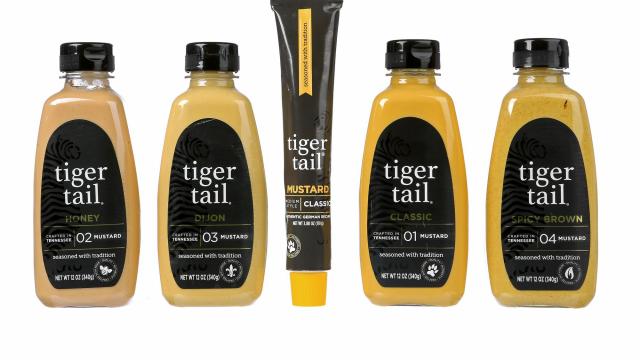 When Develey — a German mustard company founded near Munich in 1845 — sought a location in the United States, it landed in Dyersburg, Tennessee, north of Memphis. The plant, its 17th, opened in 2016, and this year, its Tigertail brand of small-batch mustards became available nationwide online. The line includes the Classic, a basic yellow mustard that comes in squeeze bottles and handy tubes and is a tad less forceful and vinegary than your typical Dijon style (which the company also makes). They have a host of other flavors like Sriracha and peppercorn.