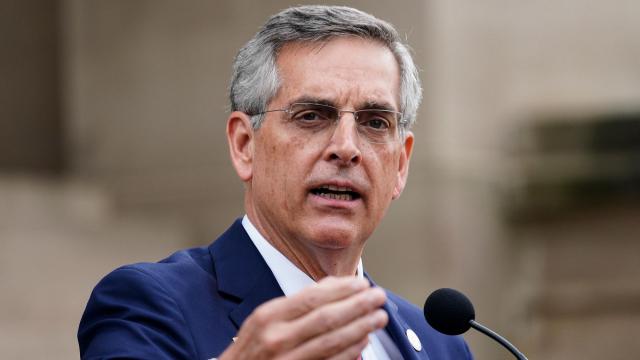 CNN — Georgia has finished its statewide audit of the razor-thin presidential race and President-elect Joe Biden defeated President Donald Trump, according to a news release from the Secretary of State's office.

Biden beat Trump by 12,284 votes, according to the final results from the audit. This is a slight drop for Biden compared to the pre-audit results.

Officials have said repeatedly that the audit confirmed there was no widespread fraud or irregularities in the election.

Georgia is required under state law to certify its election results by Friday.

There is no state where the sting of Trump's loss has been more acutely felt than in the red state of Georgia.

The suburban revolt against Trump in the suburbs surrounding Atlanta, paired with huge turnout among Black voters, powered Biden's gains in the state, building on years of intensive Democratic organizing to register voters. The state is now the center of the political universe, because the two US Senate runoff elections will determine which political party controls the Senate.

The President has continued to tweet debunked disinformation about voting software used in the state and objected to the recount as "fake" by tweeting false claims about the state's signature-matching process.

During the weeklong recount, officials in four counties found new batches of votes that weren't counted on Election Day or weren't properly transmitted to the Secretary of State for tallying.

In all, more than 5,800 uncounted votes were uncovered, netting nearly 1,400 new votes for Trump, who falsely said the discoveries were proof of wrongdoing. State officials stressed that these were accidents caused by human error and not indicative of fraud or vote-rigging.

Georgia Secretary of State Brad Raffensperger, a Republican, has come under fire from both Trump and the state's sitting GOP senators, David Perdue and Kelly Loeffler, who called on him to resign after falsely accusing him of failing to "deliver honest and transparent elections."

Raffensperger told CNN's Jake Tapper on Wednesday that the state has "not seen widespread voter fraud." When asked about the attacks from Trump and members of his own party, he defended his credentials as a "lifelong Republican" and "conservative Christian Republican."

"I'm going to make sure we count every legal, lawful vote and we're not going to count any illegal votes," Raffensperger said. "My record will stand on itself. We have done a great job."