Georgia, California, Florida: Here Are the Races That Are Too Close to Call 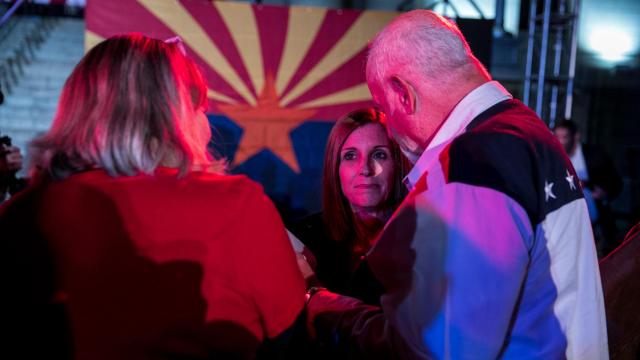 Election Day is over, but by midday Wednesday, there were still races across the country whose outcomes were still in doubt. That included pivotal Senate contests in Florida and Arizona, the closely watched governor’s race in Georgia and House races in California, Utah and elsewhere.

Here is a look at some important races that have yet to be decided.

The Senate race in Florida is headed for a recount, according to Bill Nelson, the Democratic incumbent who is in danger of losing his seat. His Republican challenger, Gov. Rick Scott, was leading Wednesday by 0.4 percentage points, or 34,537 votes. (In a statement, Scott called Nelson’s recount request “sad.”)

The Senate race in Arizona has yet to be called. Kyrsten Sinema, a former Green Party activist who reinvented herself as a centrist Democrat, was trailing the Republican Martha McSally by 15,908 votes. In what some may see as a bitter twist, that is far fewer than the 38,597 votes that went to the Green Party candidate in the race, Angela Green.

Local election officials raced Wednesday to count absentee ballots in Georgia, where the governor’s race has not been called.

On Wednesday morning, the Republican candidate, Brian Kemp, had a lead of 1.9 percentage points, or 75,386 votes, over the Democrat Stacey Abrams, the former minority leader of the Georgia House of Representatives. That puts him just slightly over the 50 percent threshold needed to avoid a runoff, an outcome that Abrams has said may be a possibility once absentee votes are counted.

Another race in Georgia that was too close to call was the 6th Congressional District, a seat once held by Newt Gingrich. On Wednesday, the Democrat Lucy McBath, who was motivated to run after her son was killed in an act of gun violence in 2012, was leading the Republican incumbent, Karen Handel, by 0.9 percentage points, or 2,872 votes.

There were three House races in Southern California whose results were too close to call Wednesday, all of them for longtime Republican seats. Two were in Orange County, which has long been synonymous with the California Republican Party.

In the 39th District, which includes parts of Los Angeles, Orange and San Bernardino counties, the Republican Young Kim was leading the Democrat Gil Cisneros.

In the 48th District, in Orange County, the Democrat Harley Rouda was leading Dana Rohrabacher, the Republican incumbent known for his pro-Russia views and staunch support for President Donald Trump.

In the 50th District, outside San Diego, the Republican incumbent, Duncan Hunter, was leading the Democrat Ammar Campa-Najjar by 8 percentage points. Hunter, who was indicted in August on charges of abusing campaign funds, has been criticized for racially charged campaign tactics, including suggestions that his half-Palestinian opponent was a terrorist sympathizer.

The House race in Utah’s 4th District was too close to call Wednesday morning. Salt Lake County Mayor Ben McAdams, a Democrat, was leading the incumbent, Mia Love, the only black female Republican in the House, by 2.6 percentage points.

Love spent much of the campaign battling accusations of campaign finance malfeasance. On Wednesday, Trump criticized her by name at a news conference for what he described as her unwillingness to campaign alongside him.