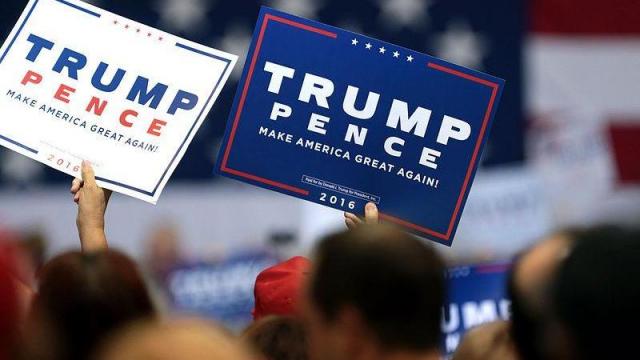 Georgetown County, S.C. — The chairman of the Georgetown County Board of Voter Registration and Elections, Dean Smith, has resigned after being accused of stealing and damaging political signs that supported Donald Trump.

A resident of Safe Harbor Drive in Pawley's Island put Republican signs in his yard, but they kept disappearing, according to an incident report. The resident put a deer camera in his yard and got photos of the person damaging a sign in his yard by writing "Dump" over Trump's name on his sign.

Members of the Georgetown County Republican Party told authorities that they received photos of the vandal via text message, then put them on social media as to possibly identify the person. They then received five phone calls from people who identified both the person who took and damaged the signs, plus the person who drove him away from the scene.

The South Carolina State Law Enforcement Division will determine if the couple will face any charges.

Dean Smith, who announced his resignation from the board on Wednesday, said in a statement that he had a "brief lapse in judgement."

His term was set to expire on Dec. 1 of this year.

This story was originally reported by WMBF news.