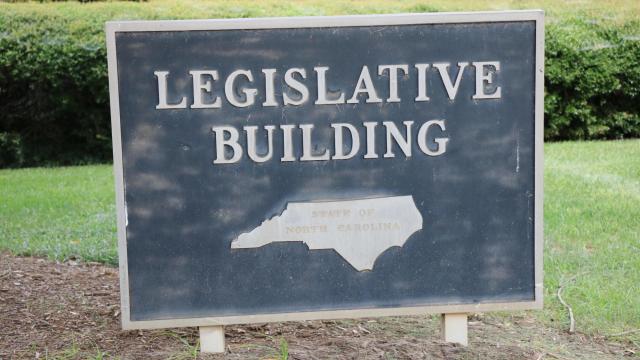 “Effective immediately, individual supervisors, including legislators, may work with their employees to allow teleworking or electronic commuting in a manner that provides for accountability and productivity – the people’s business must go on,” leadership said in a memo.

The legislature is out of session until April 28, but school tours are common in the building, and a handful of off-session committees was scheduled to meet over the next two weeks. A joint House-Senate committee on public safety met for two hours Thursday afternoon.

House Speaker Tim Moore said in a statement that General Assembly leaders are monitoring the situation, but for now, House committees won't meet before April 1 without special permission from his office.

Gov. Roy Cooper, during a late afternoon briefing on the virus, said his administration is preparing recommendations for an aid request that will eventually go to the General Assembly, but it will also have a federal component.

Cooper said he'll be looking for help to make sure cost isn't a barrier for people who need treatment. He'll also request funding to help workers, small businesses and others hit by the economic impact of canceled events.

"We want to find every way we can to help those people," he said. "We want to expand access to unemployment benefits. ... We want small businesses to be able to get help."

Senate President Pro Tem Phil Berger said in a statement that legislative leaders are keeping in touch with the Department of Health and Human Services and "preparing for any policy response or economic stimulus that may be needed so we can act decisively at the appropriate time.”

The planned April 28 start to the next legislative session remains unchanged, Berger said.