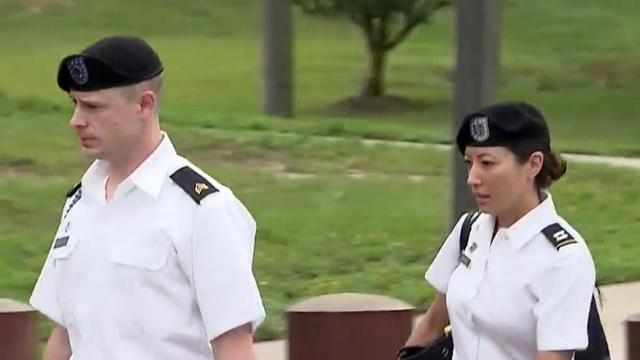 The commanding general of U.S. Army Forces Command on Monday approved a sentence handed down last fall, setting the punishment for an Army sergeant who abandoned his outpost in Afghanistan in 2009 and was held captive by the Taliban for five years before his release.

Bowe Bergdahl was sentenced in November by Army Judge Col. Jeffery R. Nance to a reduction in rank – from sergeant to private – a $10,000 fine and a dishonorable discharge from the U.S. Army.

Bergdahl had already accepted the terms of his sentence, allowing him to avoid prison time, but he is appealing the dishonorable discharge. The case will now be forwarded to the Army Court of Criminal Appeals at Fort Belvoir, Va.

Bergdahl pleaded guilty in October to charges of desertion with intent to shirk important or hazardous duty and misbehavior before the enemy by endangering the safety of a command, unit or place.

Bergdahl was held by the Taliban until May 2014, when he was part of a controversial exchange for five Guantanamo Bay detainees.

He originally faced the possibility of life in prison, but the prosecution asked the judge for a 14-year sentence. Bergdahl's attorneys asked Nance for leniency during sentencing hearings, arguing he had a previously undiagnosed mental illness when he left his post.

The defense also argued the information Bergdahl was able to provide upon his return -- and his willingness to share that information and cooperate with investigators -- warranted a more lenient sentence.

But government prosecutors said Bergdahl was aware of the risks when he deserted, and that doing so put his fellow soldiers in danger.

Soldiers who searched for Bergdahl after he deserted were called to testify and shared stories of the grueling conditions they endured while looking for him.

Copyright 2018 by WRAL.com and CNN. All rights reserved. This material may not be published, broadcast, rewritten or redistributed.