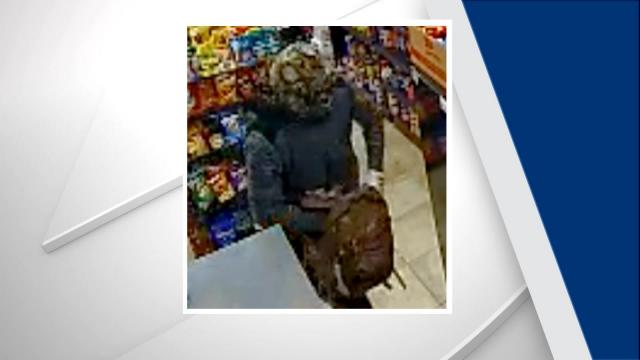 Fayetteville, N.C. — Fayetteville police are investigating an attempted robbery at a gas station where a clerk was assaulted multiple times.

The incident happened at the Valero gas station on Bragg Boulevard around 7:30 p.m. on Monday.

Police said the suspect entered the store, approached the female clerk and pointed a handgun with a red laser at her demanding money.

The suspect then assaulted the clerk several times before trying to get money from the register.

Police said the clerk suffered minor injuries from the assault.

The suspect is described as a Black male between 6-feet and 6-foot-5 with long dreadlocks with red tips. He was carrying a tan book bag.

He was last seen on Blue Street.