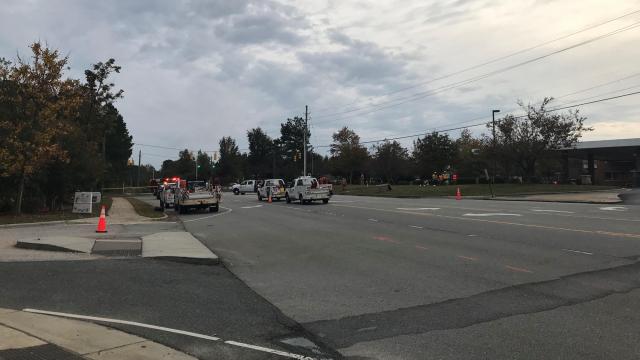 Holly Springs, N.C. — Officials were working to repair a gas leak in Holly Springs on Tuesday.

Mark Andrews with the Town of Holly Springs said North Main Street was closed from Holly Springs Road northbound to Crossway Lane. A spokesperson with Dominion Energy said the leak was detected and was being fixed.

"We are responding to a gas leak caused by a company working in the area and are in the process of stopping the leak. Some customers have been affected," the spokesperson said in an email to WRAL.

The Food Lion Shopping Center and an adjacent gas station were evacuated as a precautionary step. The area was closed until around 6:30 p.m., when the leak was fixed. All of the streets soon re-opened.