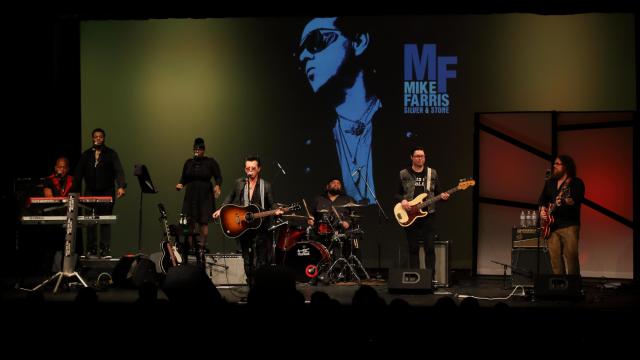 Residents of the Triangle may be surprised to find out they can attend a one-of-a-kind performance by Broadway stars not in Durham or Raleigh — but at the Garner Performing Arts Center.

The Garner Performing Arts Center is an intimate 471-seat auditorium located inside the old Garner High School in downtown Garner. It's home to the Towne Players of Garner, one of the region's premiere community theatre groups, and It's Showtime!, a performing arts series that includes an eclectic mix of shows ranging from music to magic shows and more.

GPAC's crowning gem and one of its most popular attractions is its Broadway Voices series, a program that brings Broadway stars to the Triangle. Each show features a lead performer from a popular Broadway musical for a one-night-only solo concert.

"GPAC is a cultural hub, not just for Garner but for the Triangle," said Neal Padgett, president of the Garner Chamber of Commerce and one of the key players who helped bring the series to town. "Broadway Voices has helped us create an identity within the Triangle. For these shows, about half of our audience is from Garner and the other half is from around the Triangle."

Broadway Voices is made possible through a partnership involving the Town, the Chamber and local business leaders who serve as sponsors. Community volunteers are also a big help, and Padgett said it has become "a huge, huge thing."

Having just celebrated the 10th anniversary of Broadway Voices in 2019, the town most recently welcomed back Lady Luck, a three-woman group accompanied by renowned Hollywood musical director Mark Vogel, for a special holiday performance. After a sellout performance last spring, Padgett couldn't turn down the opportunity to bring back a group that was so popular with the GPAC audience despite a resolution to include an annual roster of single-time performers.

The next Broadway Voices show is Feb. 15 and will feature tenor and baritone duets by Jeff Kready and Tally Sessions for an evening of jazz and classic showtunes in a performance titled "A Fine Bromance."

"Broadway Voices is the only series like it in the country. I was in New York recently and ended up meeting three big Broadway stars. All three are interested in coming to Garner. They see who we've had here in the past," Padgett said.

Series like Broadway Voices and It's Showtime! are breathing new life into the arts and culture scene both locally in Garner and regionally in the Triangle. In addition to its scheduled shows and plays, GPAC offers theater camps, classes and other cultural events.

It was a citizen-led effort that, in partnership with the Town, resulted in the preservation and renovation of the auditorium. In 2006 an extensive renovation took place with the addition of an expansive stage and backstage area with improved theatrical lighting and sound, fly space and rails, separate dressing rooms with restrooms, a green room, and a loading dock. In 2011, the Garner Historic Auditorium was renamed and rebranded as the Garner Performing Arts Center.

As part of Garner's downtown revitalization strategy, the Town hopes to brand Garner as a progressive, forward-looking community by infusing more arts and culture into the local region. The Town also hopes to leverage the arts as an economic driver. GPAC has been essential in advancing these goals and is helping Garner to become a destination for non-residents.

"Eight years ago, we really launched the arts in Garner. We reached out to our community members and art groups, and asked how they wanted to see the performing arts develop in Garner over the next few years. We held a number of focus groups and realized that people wanted to have entertainment offered locally so that they didn't have to go to a larger city," said Sonya Shaw, parks, recreation and cultural resources director for the Town of Garner. "Residents love having performing arts shows and events at our center here."

Shaw said the Towne Players' youth summer camp, held at GPAC, draws well over a hundred kids annually. She has borne witness to the confidence, skills and educational benefits it provides the children.

Camps like these and show series like Broadway Voices create jobs and opportunities for those in the local community, as well as partnerships and sponsorships with local businesses. As more people, both Garner residents and visitors alike, come out for a show, they inevitably funnel money back into the local community by doing things such as going out to dinner before or after performances.

With its ability to bring people together through the arts and also provide an avenue to support local enterprise at the same time, GPAC is a win on all fronts for Garner.

"The arts generate tourism and revenue, but I think what we're most proud of is the amount of community engagement that we see around the performing arts — whether that's from our volunteers coming in and providing an excellent service for us as they greet visitors, or if it's an opportunity for individuals to be involved in the shows," Shaw said. "It certainly, for us, is a lifeline. The town has certainly invested in the arts and will continue to do so."