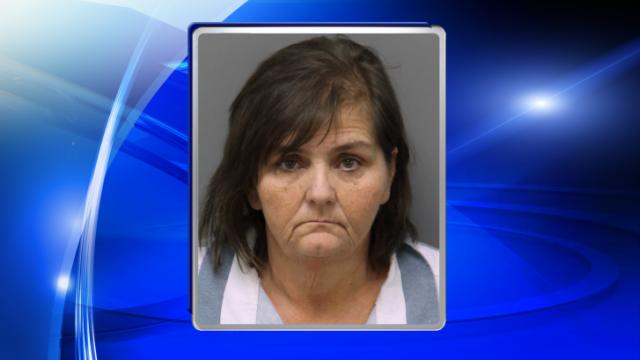 Raleigh, N.C. — A woman arrested for beating to death a 91-year-old Raleigh woman with a tire iron was sentenced to 11 to 14 years in prison after pleading guilty in the 13-year-old murder case.

Cathy Lynne Lentini, 53, an unemployed restaurant worker from Cartersville, Ga., entered a plea of second-degree murder in a Wake County courtroom Monday – nearly a year after she was charged in the 2001 death of Beulah Dickerson.

Superior Court Judge Paul Gessner sentenced her to 132 to 168 months in prison with credit for time served.

Dickerson – a neighbor of Lentini's aunt – was found lying in a fetal position in a bedroom of her west Raleigh home on Oct. 24, 2001. An autopsy found she died of blunt force trauma and had been hit numerous times in her face and head.

"The life of Beulah Dickerson was taken from us in a cruel, terrible act of violence. No one should have to endure such suffering," Dickerson's granddaughter, Sharon Dickerson, said during Monday's sentencing.

"No one should have the right to do this to another human being," she added. "It should be in God's time when someone is taken home to be with the Lord and not at the hand of a killer."

Assistant District Attorney Howard Cummings said Lentini was initially questioned in the case, but investigators, over the years, never had enough evidence to charge her.

Witnesses, however, eventually came forward, saying that she admitted to the crime while she was in jail in 2002 on an embezzlement charge.

According to Cummings, Lentini told witnesses that she used a tire iron to hit Beulah Dickerson in the head, and investigators found a bloody tire iron that fit the make and model of Lentini's car at the time.

Police also found a bloody sock, which Lentini told witnesses, she had on her hands at the time of the crime.

Defense attorneys told Gessner that Lentini, who lived in Raleigh in 2001, had been involved with a "sorry crowd" that got her addicted to drugs.

She needed money to settle a drug debt and never meant for anyone to get hurt.

But Dickerson's granddaughter told Gessner that Lentini's actions hurt not only her grandmother. The family's pain is still as real today as it was when they found their grandmother's body in 2001, she said.

Beulah Dickerson raised a family and worked hard, Sharon Dickerson said. She loved tending to her roses and teaching Sunday school, and she was enjoying retirement.

"To her killer, you took away her joy, laughter and her love for us. I hope you spend your time in prison thinking about what you have done and asking for God's forgiveness," Sharon Dickerson said.

"We pray that, now, she may rest in peace, for we know she is in the loving arms of Christ," she continued.