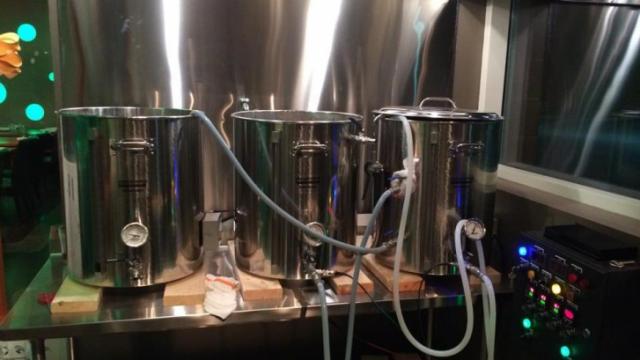 The small batch brewery, which will feature a one-barrel set-up, is expected to open by early October.

G2B Brewery will be located behind the restaurant's NC Beer bar, which features eight North Carolina beers on tap.

G2B Executive Chef Carrie Schleiffer and bar manager and head brewer Andrew Christenbury have been working on the brewery for more than a year, according to a press release.

Construction started and was completed in July. Brewing began in late July and the first batch was tested last week. Once the brewery has opened, beer will be available for purchase.

Christenbury, who has been a home brewer since 2009, will be running a brewery for the first time. He built and installed the brewery himself.

"The main focus (of the brewery) is making seasonal beers that pair with our food, or making certain dishes to pair with the beer," Christenbury said.