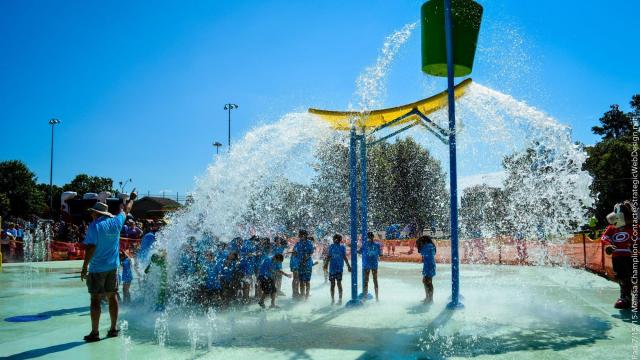 Fuquay-Varina's splash pad will open a little later than scheduled.

The season is now slated to start June 11, a week later than originally planned. Weather has slowed down construction on an adjacent restroom building, forcing town officials to move the date. The restroom may not be open by June 11, but, by then, construction will be at a point where it's OK for crowds to visit the park and use the sprayground, Susan Weis, the town's communications director tells me.

Once it does open, operations will be slightly different this year. Now, only Fuquay-Varina residents with a Resident Splash Pad Card will be able to use the park for free. Residents can get the cards at the community center during business hours, which are 8 a.m. to 9 p.m., Monday, and 8 a.m. to 5 p.m., Sunday.

Admission for non-residents will be $2. One parent will be admitted without charge. Kids under age 2 are free. All children under the age of 13 must have a parent or other adult supervision.

Several more splash pads, also called spraygrounds, are planned across the Triangle in the coming years. Our public pool and sprayground database lists the ones that already are open.