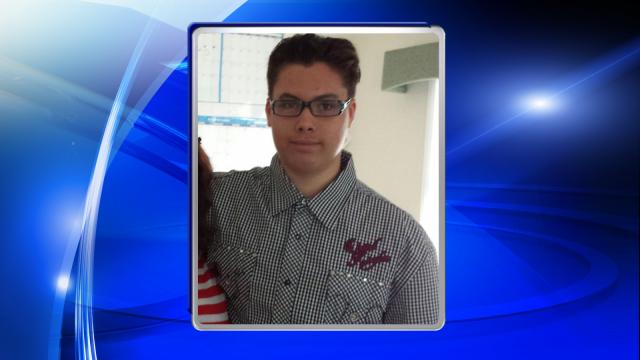 Fuquay-Varina, N.C. — Fuquay-Varina police are seeking the public's help to find a 15-year-old boy who was last seen on Oct. 22.

Zachary Falzone was reported missing after he didn't return to the United Family Group Home, at 9609 Kennebec Road, Fuquay-Varina, from Fuquay-Varina High School.

Falzone rode a bus to the school that morning and was last seen by classmates at about 7:20 a.m., officials said. Falzone did not attend any classes that day.

Police said Falzone has run away from the group home before but has returned with a few days.

Falzone may be in the Wake or Durham county areas, and police said there is no suspicious criminal activity involved in his disappearance.

Anyone who knows about Falzone's whereabouts should call the Fuquay-Varina Police Department immediately at 919-552-3191 or contact Detective Cindy Perna at 919-567-3906.