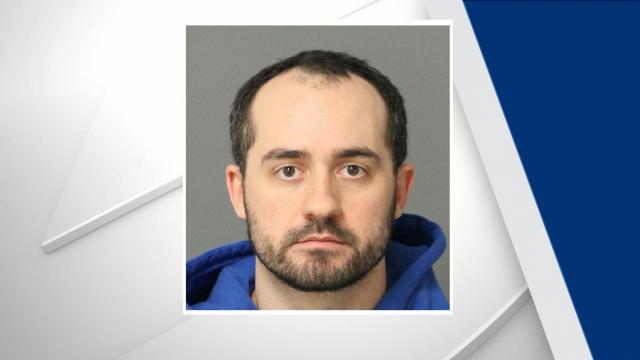 Fuquay-Varina, N.C. — A Fuquay-Varina man has been arrested and is facing several charges in a sexual assault that happened in January.

Adam John Sipes, 30, of Fuquay-Varina was arrested and charged Wednesday morning after several months of investigating. Apex police investigators said an anonymous tip led to evidence gathered and his arrest. He was taken into custody Wednesday morning around 3 a.m. and is being held under a $750,000 bond. He is charged with second degree forcible rape, kidnapping and sexual battery.

Police said on Jan. 1, 2019, at 4:21 p.m., a 21-year-old female was jogging by Olive Chapel Elementary and was sexually assaulted by an unknown man. She told investigators she felt someone around her and, when she turned around, an unknown white man approached her, pushed her to the ground and assaulted her. She began screaming and the man ran away.

A K-9 responded and attempted to pick up the track of the suspect but was unsuccessful.