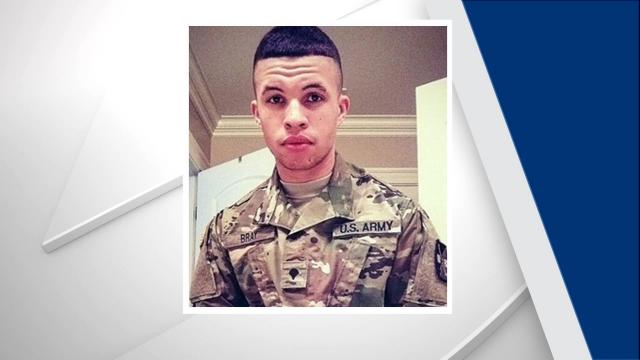 Cameron Reese Bray, 23, was wanted on a charge of attempted larceny of government weapons.

He fled from military officials in the area of Manchester Road and Connecticut Avenue at about 3:30 p.m.

Authorities said Bray is a National Guard specialist who was at Fort Bragg for training when he attempted to steal two M-4 rifles, was caught and fled.