FRANK BRUNI: From Trump, no respect for Ruth Bader Ginsburg, or the rules 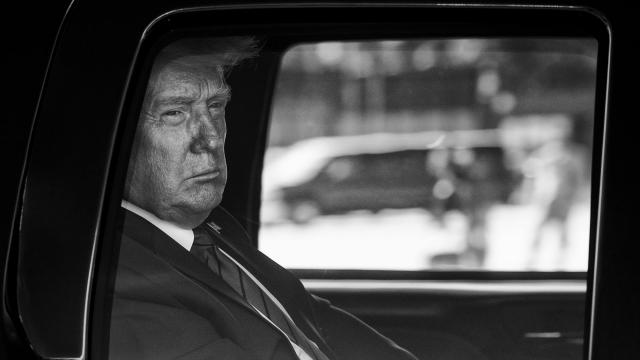 EDITOR'S NOTE: Frank Bruni has held a variety of jobs with The New York Times — including White House reporter, Rome bureau chief and chief restaurant critic — before becoming a columnist. He is the author of three best-selling books.

I was prepared for Mitch McConnell’s hypocrisy, but his brazenness left me breathless. He pledged a speedy Senate vote on a Trump-nominated replacement for Ruth Bader Ginsburg less than two hours after news of her death broke. He couldn’t have waited, I don’t know, six hours? A day? Out of respect?  Silly question.  Silly me.

Rules are for fools. To the cheaters go the spoils. That’s President Donald Trump’s credo. And he hasn’t been proven wrong yet.

Technically, yes, it’s Trump’s right to nominate a new Supreme Court justice as soon as he wants and for as long as he’s in office — and he indeed signaled in a tweet Saturday morning that he wanted to move forward “without delay.” McConnell, for his part, can absolutely try to hustle that nominee through Senate confirmation.

But McConnell would be violating his own code, the one he adopted after Justice Antonin Scalia died in February 2016. McConnell then decreed that with an election just nine months away, President Barack Obama should not be allowed to fill a court vacancy. The American people should first be allowed to speak through their presidential ballots in early November.

Now an election is little more than one month away. And that code — poof! — is gone. McConnell’s quickness to abandon it arises principally from his own unscrupulousness but owes something as well to his confidence about Trump’s ethically inverted inclinations, which are that it matters only whether you win or lose, not how you play the game.

Look at the unfolding election. Trump and his allies have been stubbornly trying to prevent Americans from voting by mail, which is known to be more popular with Democrats than with Republicans. While you can call this an attack on democracy, you can instead be blunter and truer to its intent. You can call it cheating.

On his own or with the aid of apparatchiks like Michael Caputo, the president has sought to manipulate, minimize or repudiate statistics and studies that render a withering verdict on America’s battle against the coronavirus. This has been characterized, rightly, as an insult to science and to the scientists at the Centers for Disease Control and Prevention.

As Republicans maneuvered to get Kanye West on the ballot in states where he might siphon votes from Joe Biden, Jared Kushner just so happened to huddle with the entertainer in Telluride, Colorado.

It could be that each enjoys basking at high altitudes in the other’s affluence. Or it could be that Kushner was conniving with West in violation of federal election law: in other words, cheating.

“The only way we’re going to lose this election is if the election is rigged,” Trump told supporters at a rally in Wisconsin last month. He has repeatedly made versions of that claim, at one point exhorting North Carolinians to monitor polling sites and “watch all the thieving and stealing and robbing” by Democrats, who will work to lift Biden to victory by “doing very bad things.”

And it’s a perfect example of Trump’s tendency to assign his own motives and methods to others. He worries that they’ll cheat because he has always cheated — on his taxes, on his wives, in his business dealings, in his philanthropy. He imagines them cheating because he actually is cheating.

He considers it their only hope because it may well be his only hope, given his persistently underwhelming approval ratings and some 200,000 Americans dead from causes related to the coronavirus. And when you step back and take in the scope of his cheating, it’s shocking.

But exactly no one is shocked. This is Trump, after all. He will wipe his memory clean of Merrick Garland, the Obama nominee whom Republicans refused to consider for the court, as he races to wipe the court clean of Ginsburg’s memory. He’s the bearer of double standards. Trump approaches “cheating as a way of life,” his niece Mary, a clinical psychologist, once explained.  She has recordings of one of Trump’s sisters, Maryanne Trump Barry, a retired federal judge, saying that he had someone else take the SAT for him.

He is infamous for stiffing creditors and being sued by them, for using bankruptcy laws to lessen or evade the personal financial impact of corporate disasters, for inflating his net worth when that suited his image, for undervaluing his assets when that suited his tax returns, for assuming the fictive identity of a publicist to call journalists and whisper flattering secrets about himself. These behaviors could variously be tucked under the subheadings of hard-nosed business tactics, creative public relations and egomaniacal pathology. But the banner over them all? Cheating.

The presidency has no more altered that ethos than it has ennobled him. The White House is just a highfalutin stage for the same old huckster, a fact made crassly clear by his exploitation of those trappings for his big convention speech. The fireworks at the finish spelled more than his name. They spelled cheating.

Under the Hatch Act, which forbids federal employees from engaging in overtly political activities while on the job, that whole climactic evening (Ivanka as Evita!) shouldn’t have happened, and Mike Pompeo shouldn’t have stumped for Trump while on a diplomatic trip abroad, and Chad Wolf, the acting secretary of homeland security, shouldn’t have been swearing in new citizens as Trump-burnishing convention theater.

Trump was impeached because he tried to cheat, pressuring Ukraine to do a political hit job on Biden. But the cheating didn’t stop there: As John Bolton revealed in “The Room Where It Happened,” Trump pleaded with the Chinese president to buy more American agricultural exports, because that might help his prospects for reelection.

By refusing to condemn Russian interference in U.S. elections — an orientation evident in the diluting of intelligence reports about Russia’s aims and activities — he’s essentially inviting a fresh round of Russian cheating in 2020 on his behalf.

Meanwhile, he and his administration take various tacks to fool voters about the pandemic’s severity. His health department, not CDC scientists, schemed to change coronavirus testing recommendations in a manner sure to depress the number of recorded cases. He and his administration have tried to intimidate and discredit the CDC in additional ways. And he promoted a bogus claim that the coronavirus death toll was just 6% of the correct figure.

But his and his Republican allies’ most flagrant cheating is in the realm of voting. Republicans in multiple states have fought against secure drop boxes for ballots that give people concerned about exposure to the coronavirus an alternative to traditional polling sites. They have opposed the expansion of such sites.

Although voting by mail makes by far the most sense during a pandemic and has gone smoothly in states that have long used it, Trump is determined to thwart it. His campaign has filed suit against three states that are trying to institute universal mail-in voting. He has advocated a slowdown in the U.S. Postal Service precisely because it could impede the timely arrival of ballots.

And, knowing full well that many mail-in ballots may not be counted until the days immediately following Nov. 3, Trump tweeted: “Must know Election results on the night of the Election, not days, months, or even years later!” To translate: Trump doesn’t want a full tally. He wants a partial one that’s partial to him.

And he wants the whole process shrouded in doubt. As Richard Hasen, the author of “Election Meltdown: Dirty Tricks, Distrust and the Threat to American Democracy,” wrote in The Times last month, “The most benign explanation for Mr. Trump’s obsessive focus on mail-in balloting is that he is looking for an excuse for a possible loss to his Democratic opponent, Joe Biden, in November. The less benign explanation is that he is seeking to sow chaos to drive down turnout and undermine the legitimacy of the election, laying the groundwork for contesting a close election if he loses.”

“Laying the groundwork” is euphemistic for cheating, and what a grand form of cheating at that: the prophylactic invalidation of any outcome displeasing to Trump. He went so far as to suggest postponing the election, and while he had to know that the idea was a non-starter, he also knew that it further seeded cynicism among some voters about a trustworthy process.

In the context of cheating as epic as that, jamming yet another of his nominees onto the Supreme Court as the clock runs out is nothing.