"We decided that we had more dreams and visions than corporate America could offer us, so we decided to start our own business,” Lashley said.

Both women persuaded their parents to invest $10,000 to help them begin their clothing and accessories business online and out of a spare bedroom.

Now, their business Vestique has nine retail stores and an e-commerce warehouse in Charlotte.

Lashley said they began on a small scale.

“This was when there was not a lot of competition actually for e-commerce boutiques,” Lashley said. “We saw a hole in the market, and we decided to start our own clothing boutique online.” 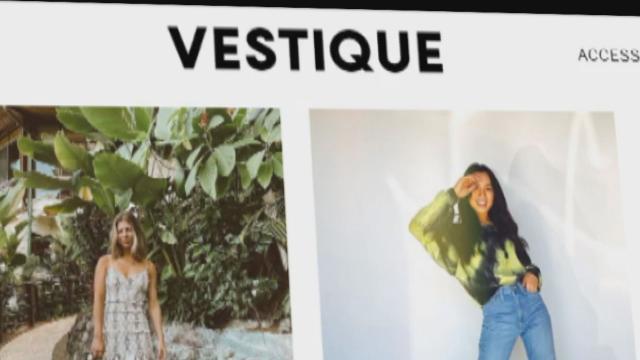 E-commerce is still a major part of their Vestique, but the women’s multi-million-dollar enterprise includes a store at Raleigh's Crabtree Valley Mall.

Vestique partners with locations that are mostly “lifestyle centers” instead of malls. However, Lashley and Dunham say that Crabtree Valley Mall bucks the trend of failing malls in the area and in many areas of the state.

“We’re up 40% in this particular location,” Lashley said.

“You’ve got to work your little tails off,” Dunham said.

“It was feet to the fire for us,” Lashley added.

The two were committed to staying debt free. That required caution as they added more stores and more employees.

“Honestly, I think growing too fast is probably one of the most common mistakes,” Lashley said. “Caroline and I just really chugged along."

They hand-pick every item they sell with an eye on every new trend.

“We put about 40 to 50 new arrivals out ever single week," Dunham said.

They call their Vestique's style affordable and ready to wear.

Mini-skirts with ruffles are also “huge” this season, Dunham said.

Customer satisfaction is their measure of success.

“Me and my friends had always come here,” said one shopper, Julia. “It's like the first store we want to go to because everything's so cute.”

That’s the kind of encouragement that helps Lashley and Dunham persevere.

“We've wanted to give up, but you can't give up,” Dunham said. “You've got to keep fighting for what you really want.”