From sidelines to Smackdown, women wrestlers headline WWE Smackdown in Fayetteville, on FOX 50

Fayetteville, N.C. — Carmella, the daughter of a mixed martial artist, was a cheerleader for the New England Patriots and performed as a Laker Girl for the Los Angeles Lakers during the 2010-11 season.

These days, though, she’s the one being cheered. Or booed, as the case may be.

The wrestler, born Leah Van Dale, will be part of the WWE “Friday Night SmackDown” at the Crown Coliseum on Friday night. She is part of a bill that includes Daniel Bryan, Sasha Banks, King Corbin and more. The show airs on FOX 50.

In 2013, Carmella signed a contract with WWE, making her debut in 2014. She became a part of the SmackDown brand in 2016 and defeated Charlotte Flair to win the women’s championship last year.

Before WWE’s “Smackdown” at Fayetteville's Crown Coliseum Friday night, the Fayetteville Observer caught up with one of the stars of the show. 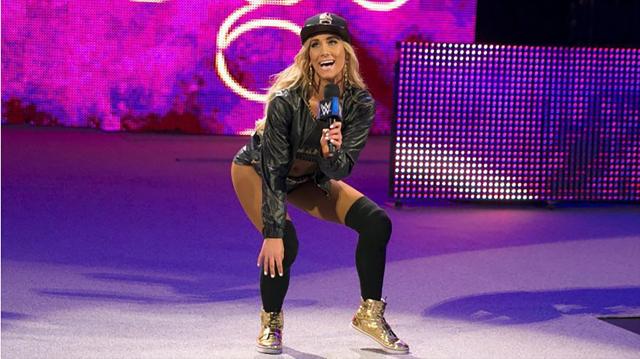