From melatonin to CBD: What parents should know about supplements for kids

It's hard to miss the advertisements hawking supplements for children these days. So it's no surprise that melatonin, gummy vitamins, fortified toddler milks and more are becoming increasingly popular with parents.

According to the National Institutes of Health, nearly 12 percent of U.S. children, or one in nine, take a dietary or herbal supplement. Statistica says that U.S. consumers account for 45 percent of the global children's supplement market.

But should kids be popping so many vitamins and supplements? After all, 4,600 children go to the emergency room each year because of dietary supplements, which aren't required to come in child-resistant packaging, according to the NIH.

"It used to be it was mainly about vitamins. Sometimes families, and they still do, would ask about an herbal supplement," O'Hare said. "But now there is just so much more out there with social media and the news. Families are hearing about a lot of different kinds of supplements."

So what do your children need? We checked in with O'Hare, who is based in Johnston County where WakeMed recently expanded its pediatric services, about some of the most common supplements for kids.

"Most children do not need vitamins," O'Hare said. "And, frankly, for a lot of children, giving vitamin supplements can sometimes be a waste of money. If children are getting a good diet, if they are eating different kinds of foods, including different fruits and vegetables, dairy and whole grains, then they are going to get enough of all of the different kinds of vitamins."

There are some exceptions. Breastfeeding babies need a supplement of Vitamin D and iron. Kids or teens who are vegan may need B vitamins.

Parents should check in with their pediatrician if they think their child may need a vitamin boost. "Your child's doctor or nurse practitioner will be the best person to know what the particular child needs," she said. "And they also can help you think about the right way to give a vitamin."

The makers of children's products with melatonin promise parents they'll help their children get a good night sleep. And it certainly can help a child get some shut eye. Melatonin is a chemical in our brain that is naturally released at nighttime and tells our bodies to go to sleep.

"But not everything that our body makes naturally is necessarily helpful or good for us if we take extra of it," O'Hare said. Melatonin's efficacy, she said, has not been studied well in all age groups, including children. It also isn't regulated by the U.S. Food and Drug Administration, and the federal agency doesn't approve its use to help kids get to sleep.

There is some research that it can be helpful for some kids, O'Hare said. Melatonin is sometimes recommended for kids with anxiety, ADHD or autism. But it also can make some kids drowsy the next day or more likely to wet the bed at night. And too many parents, said O'Hare, think it's a quick fix to bedtime problems.

"Sometimes parents confuse melatonin with the need to fix behaviors like going to bed early enough, not watching TV in your bedroom, not playing on your iPad all night," she said.

Better sleep habits, said O'Hare, are the best medicine. "Good sleep habits will last you for a lifetime," she said. If you're relying more on melatonin to get your child to sleep, you may need to rethink those bedtime routines. 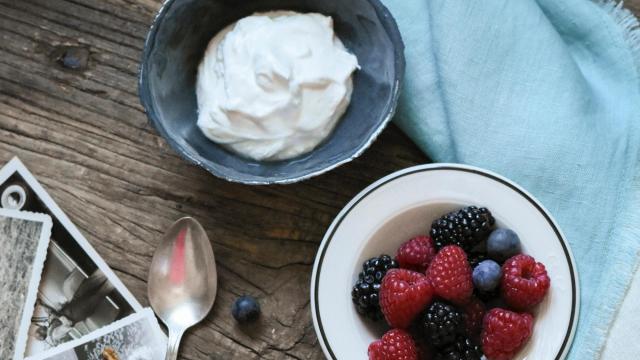 Probiotics naturally occur in some foods like yogurt, can come in pill form and are added to other foods, including baby formula. These healthy bacteria can aid in digestion.

"Probiotics have come up a lot when we think about antibiotics. Adult women are told to take probiotics to prevent yeast infections," O'Hare said. "So folks have extended that to say maybe that helps everyone."

In fact, one 2018 study published in the New England Journal of Medicine found that they may not help at all. Researchers discovered that children with diarrhea or nausea who were given probiotics fared as well as those who took a sugar pill. There was no improvement because of the supplement.

It's easy to find creams, lotions and other compounds online that claim to cure what ails you. O'Hare once had a parent share information about an herbal compound she bought online that claimed to be an immune system booster.

"The parent described it to me as a natural antibiotic," O'Hare said. "I said, 'Well, we don't know that. That's marketing. This company that makes it is trying to make it sound like it does all these things, but we have no proof of that."

O'Hare cautioned parents from falling for claims they find online or elsewhere that a particular substance can heal or has medicinal value. "So many of our medicines do come from plants. Plants help us," she said. "But we have discovered the medicines we have on years of trial and error and careful study and finding out a very small change in the way we prepare the plant can change it from something being good for you to a toxin."

What's more, O'Hare said, there's no way to know what's actually in the cream or pill. "Most of these supplements don't go through any process to say the ingredients are really what the bottle says," she said.

High school athletes may be keen on bulking up, but using muscle enhancers like creatine powder isn't the safe way to do it.

"High schoolers use them, thinking they are building up muscle mass, getting stronger and sometimes substituting them for food," O'Hare said. "Just like everything else, your body can only handle so much protein at once. And usually, if you're eating regular foods, then you're going to get plenty of protein. Your body doesn't need super doses of protein to build muscle."

In fact, she said, too much could overload your kidney. 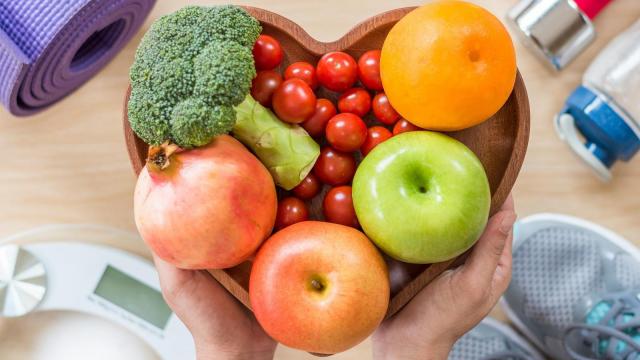 Pediasure might be the most common brand on the market, but others are popping up as well.

"They are advertised more and more for toddlers who are picky eaters," O'Hare said. "And, guess what? They don't need those either."

The beverages are very high in sugar, which can harm children's teeth and make them more likely to refuse drinks that aren't sweet, such as regular milk or water.

"I have met with several children whose parents were giving them Pediasure because parents decided that they thought their kids were being too picky with their meals, but the child was overweight on the growth curve," she said. "That's a hard conversation to have."

They're also expensive. "And that's true with all of these different types of dietary supplements," O'Hare said. Most of the time, they are more expensive than simply buying whole foods at the grocery store.

Pediatricians recommend these milks for some kids who have chronic conditions that are stunting their growth, O'Hare said, but only after the family has tried other tactics to help the child, such as working with a nutritionist.

Instead of giving them a Pediasure, if your child is just a picky eater, O'Hare recommends looking for new strategies to help them begin to enjoy different kinds of foods. It's also important to remember that picky eating is normal for toddlers, according to the American Academy of Pediatrics.

Along with THC, CBD is one of two psychoactive chemicals in the hemp and marijuana plants. But, unlike THC, it's not considered an addictive chemical.

"But it's still psychoactive, meaning it can make changes happen in your brain," O'Hare said. The FDA has approved the use of CBD in children for a rare form of epilepsy. But that's the only FDA-approved reason for children to take the substance.

Because CBD can be derived from marijuana, a Schedule 1 drug under federal drug guidelines, official research about CBD and THC has long been prohibited, O'Hare said. But, as more states legalize marijuana, more stores are starting to sell CBD products too. CBD products sold in North Carolina typically are made from the hemp plant.

Parents should know that CBD can have serious side effects in children. "Kids can get confused, they can get hallucinations, nausea, vomiting and high blood pressure," O'Hare said.

Young children are at the highest risk because it's impossible to know exactly how much of the ingredient is in the product they're ingesting. Usually doctors can adjust the dose of a medication based on a child's weight. A small child would take much less of a medicine than an adult.

"With so many of these products, you're never exactly sure how much of the active chemical is in them because they're not regulated and nobody can dose adjust," she said.

Parents also should be wary of contaminants, such as heavy metals, that could be lurking inside the product.

What Should Parents Do?

Before giving any product that claims to provide medicinal benefits to your child, O'Hare recommends contacting their doctor or pediatrician.

"For certain types of kids and certain situations, some of these products might be helpful," she said. "But it really depends on everything going on with your child. It's important for parents and pediatricians to make those decisions together and very carefully and cautiously."