From Broadway to Durham: Adam Trent brings the magic 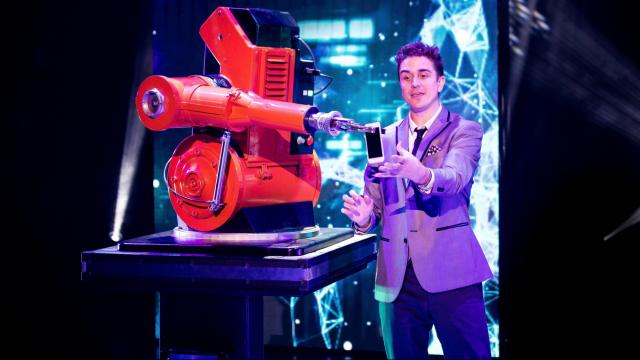 Durham, N.C. — Magician Adam Trent wants your cellphone. No, he doesn't have a call to make. He just wants to hit it with a hammer or stick it in a blender.

The Boulder, Colorado native feeds off the shock and awe of the audience during moments like this. A former street magician, Trent is most at home interacting with the audience - something he gets to do a lot during his one-man show coming to Durham Performing Arts Center on Feb. 15.

This is Trent's first major tour by himself. He was previously part of "The Illusionists," which featured an ensemble of magicians, on Broadway and in its touring show.

"It's got different styles of magic. It's different from Illusionists because it's me. They get ot see one person's journey through magic," Trent said, noting the show is produced by the same team behind "The Illusionists."

Trent's journey into magic started when he was around 8 years old when he and his family saw famed magician David Copperfield perform live.

"I remember my family laughing and having fun together at the same event," Trent said. "Shortly after that I got a book on magic."

Within a week, Trent was performing at children's birthday parties and neighborhood picnics. In high school and college, he continued to perform at local theaters.

Following college, Trent paid the bills by being a street performer at Santa Monica Pier, an experience he describes as "brutally hard." He went on to perform on cruise ships, and was eventually booked for "The Illusionists" after producers saw him perform at the famed Magic Castle.

Trent describes his one-man show as fast-paced and family-friendly - a combo of music, magic and comedy.

"It's most important that the audience has fun as opposed to being fooled," he said. "The real goal is to entertain people."

While there are lots of audience participation, Trent also likes ot use a lot of technology. Look for him to clone himself and teleport himself across the stage.

"I always find the things I like are either giant and spectacular or either very personal, unpredictable and funny," he said.

Trent said he designed the show to be something the entire family can attend together.

"I want the whole family to come and not feel like the parents are bored," he said.

And parents, don't forget your cellphones.

The Magic of Adam Trent is Feb. 15 at Durham Performing Arts Center. Tickets are still available.