From Agriculture to Art — the AI Wave Sweeps In 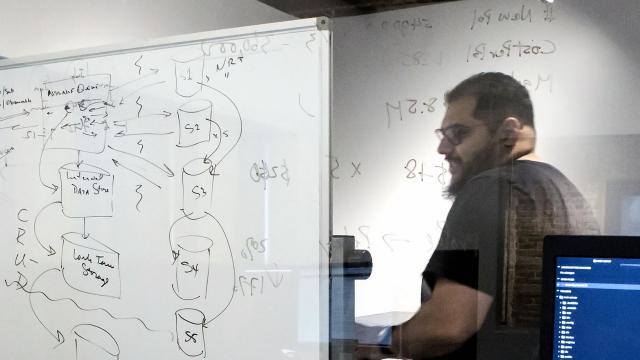 The internet is a technology of low-cost communication and connection. Everything from email to e-commerce to social networks has hinged on the internet’s transformative role in changing the economics of communication. All those connections suddenly became both possible and cheap.

Artificial intelligence is a technology of low-cost prediction and discovery. It exploits the new resource of the digital age — vast amounts of data — to identify patterns and make predictions. Much of what AI does today can be thought of as a prediction. What product to recommend, what ad to show you, what image is in that picture, what move should the robot make next — all are automated predictions.

This concept of AI as an engine of predictive decision-making is the main theme of a new book by three economists at the Rotman School of Management at the University of Toronto, “Prediction Machines: The Simple Economics of Artificial Intelligence” (Harvard Business Review Press).

The authors, Ajay Agrawal, Joshua Gans and Avi Goldfarb, argue that AI-powered decision-making is poised to alter virtually every industry. To explain, they start with an AI leader, Amazon. The online retail giant is constantly learning more and more about its customers’ buying habits and tastes, and the data is steadily improving the predictive power of its AI algorithms.

Imagine, the authors suggest, that Amazon’s AI gets good enough that the company takes the next step — shipping goods before they are ordered. It knows what you want so accurately that returns would be minimal and make Amazon even more efficient.

It would also change the nature of shopping “from an opt-in experience to an opt-out experience,” Agrawal said in an interview.

A fanciful thought experiment? Perhaps. But Amazon was granted a patent for “anticipatory shipping” in 2013.

Just where artificial intelligence is taking us, at what pace and along what trajectory, is uncertain. The technology, of course, is raising serious questions about its potential impact on jobs, privacy and politics.

Still, AI is marching into practically every field, from agriculture to the arts. Here are five examples:

Brendan Frey studied under Geoffrey Hinton, a scientist and pioneer of so-called deep learning, an AI technique that has made remarkable progress in recent years on tasks like image recognition and language translation. For years, Frey has done research that combines deep-learning and cell biology.

Deep Genomics, founded in 2015, is at the forefront of efforts by big companies, startups and university researchers to transform the economics of drug discovery. The problem is apparent. It typically takes several years and costs billions of dollars for pharmaceutical companies to bring a new drug to market. Much of the money and time is spent on clinical trials on human subjects.

AI holds the promise of sharply reducing the amount of costly and lengthy trial and error in traditional drug development and testing. Deep Genomics, based in Toronto, is not only using its technology to winnow the number of target compounds to attack a particular disease, but also to predict the biological outcome in humans. “The guesswork is tremendously reduced,” Frey said.

It is still early for Deep Genomics and its approach. The first of its compounds will be tested in clinical trials beginning in 2020.

Corporate agriculture deploys an array of high-tech tools including sophisticated weather modeling, soil sensors, genetic seed breeding and drones. But there is another side to agriculture: the 500 million small farms — 2 hectares, or about 5 acres, or less — that produce most of the developing world’s food.

PlantVillage, a research and development project, based at Penn State University, is beginning to bring artificial intelligence to these smaller farms. Scientists at PlantVillage, in collaboration with international organizations, local farm extension programs and engineers at Google, is working to tailor AI technology for farmers in Tanzania who have inexpensive smartphones. The initial focus is on cassava, a hearty crop that can survive droughts and barren soil. But plant disease and pests can reduce crop yields by 40 percent or more.

PlantVillage and International Institute of Tropical Agriculture have developed a simple AI assistant, called Nuru (“light” in Swahili). Wave the phone over a plant leaf, and the software diagnoses the disease or pest blight and suggests low-tech treatments. Once downloaded, the app does not require wireless access to cellular data or remote computing power, which means it works in rural villages.

Programs in Kenya and India are underway. In the developed nations, people fear AI as a job killer. “But in low-income countries that lack human capital in fields like agricultural science, there is an opportunity to use AI to help break the cycle of poverty,” said David Hughes, an entomologist at Penn State and the director of PlantVillage.

An estimated 1 billion people in more than 60 countries step onto a KONE elevator or escalator every day. Its big people-lifting machines are a representative example of the AI overhaul underway in businesses that make and service heavy equipment.

The Finland-based multinational is using IBM’s Watson software to constantly monitor the performance of its machines. Low-cost sensors, wireless communications, cloud computing and AI software are the technical ingredients that make the change possible now.

KONE’s new equipment is being made with the sensors and wireless links, while its older models are being retrofitted. Data streams off each machine, every second, providing measurements that include vibration, leveling, braking, temperature, door openings and cargo weight.

The data is fed into the AI software, which looks for telltale signals that a machine is in need of maintenance or a new part, before it fails. “You go from being reactive to proactive and predictive,” said Larry Wash, an executive vice president of KONE.

The results on the elevators deploying the new technology so far are encouraging. There are 25 percent fewer breakdowns and 60 percent fewer customer reports of problems than on elevators serviced on traditional maintenance schedules.

Root Insurance, a startup in Columbus, Ohio, is using artificial intelligence to more accurately price car insurance. Alex Timm, the chief executive, says good drivers pay more than they should, effectively subsidizing the bad-driving culprits — the one-third of drivers responsible for the majority of accidents.

Root is a bet that with modern technology, it can do better, charging good drivers less for auto insurance, up to $100 a month less — and the startup can still be quite profitable. Since its insurance app was introduced in the fall of 2016, Root has expanded into 20 states to date.

Potential customers download the Root app and are monitored for a test-drive period, typically two or three weeks. The algorithmically-vetted safe drivers are approved.

“Our models are much more accurately predictive of accidents,” Timm said.

Root insists that it collects data only for its own risk analysis. “We’ve never sold data and never will,” he said.

In 2015, weirdly morphing images of puppies and celebrity faces appeared in YouTube videos. They immediately became a sensation in the digital art world. Not only was the hallucinogenic imagery remarkable, but it was also the handiwork of Google’s Deep Dream, an AI program.

Today, many computer artists are using AI tools to create new imagery, design interactive visual experiences and probe machine intelligence. Their work benefits from a wealth of AI software that is freely shared among computer scientists and artists.

In his project “Experiments with Deep Generator Networks,” Gene Kogan used a machine-learning algorithm that learned from many photos on the web, which were labeled in categories like gazebo or butte, and then produced its own version. “It’s a neural network imagining what a gazebo or butte looks like,” said Kogan, a resident scholar at New York University.

Computer art has been around for decades, and Hollywood’s digitally animated movies and special effects are marvels of rich, evocative imagery. But that is more comparable to computer-aided design, with the software serving as a supercharged pencil or paintbrush, still firmly controlled by the human artists.