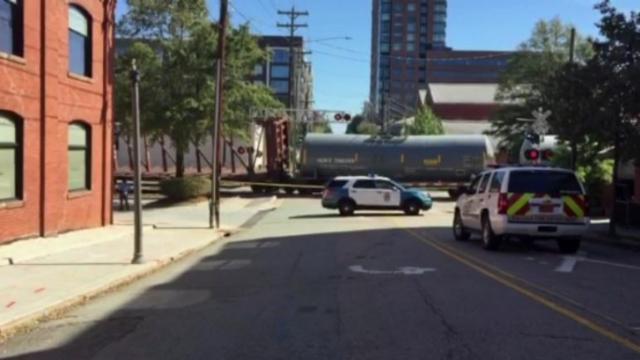 Raleigh, N.C. — No one was injured Sunday morning after a freight train car derailed near downtown Raleigh.

Around 11:30 a.m., officers with the Raleigh Police Department responded to a derailment at 508 W. Jones St.

According to officials, a single freight car derailed off a Norfolk Southern train, temporarily closing a portion of Jones Sreett between Glenwood Avenue and West Street The freight car was empty, authorities say.

Due to the train's length, Hargett St. was also be blocked between Boylan Avenue and West St.

All roads reopened just after 7 p.m.

Norfolk Southern is investigating the incident to determine why the car derailed.