Durham, N.C. — Durham School of the Arts dismissed students early Thursday morning due to a water main break that left the building without water.

Crews with the City of Durham said they blame freezing overnight temperatures for at least nine water main breaks reported in the downtown area on Thursday.

The school, located at 400 N. Duke St., dismissed students at 10:30 a.m., according to a statement from Durham County. David Hawks, the school's principal, said there was no water in the main building and no working bathrooms, and they had no choice but to release students early.

Thursday evening, school officials said the repairs were made, water is back at the school and the school would be in session as normal on Friday.

"Most kids are excited that they get to go home early because it's cold, and we don't want to go to class," Hawks said. "But some kids are upset because they have to drive back home and they're wasting gas, especially our seniors."

Before 5 a.m., a water main break in the 400 block of N. Duke Street closed the road between Morgan Street and Minerva Street. Sky 5 video showed large amounts of water gushing from a building there and down the street.

That section of N. Duke Street was closed throughout the morning commute but opened before 9 a.m. 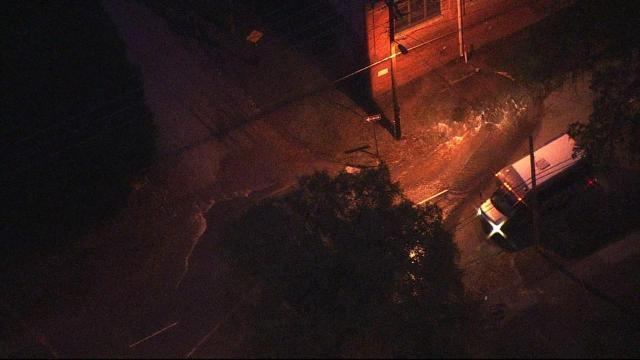 Another section of N. Duke Street was closed between W. Corporation Street and Trinity Avenue due to a second water main break. That section was still closed at noon on Thursday.

Crews worked Thursday afternoon to repair all the breaks.