Franklin mom, newborn recovering after being struck during hit-and-run crash

Raleigh, N.C. — A pregnant woman who was the victim of a hit-and-run in Franklin County is pleading with the driver to come forward after the accident prompted the woman to give birth prematurely to her baby boy earlier this month.

Heather Gonzalez, 28, says she was struck from behind by a car on Feb. 9 while walking tot he store on the shoulder of U.S. Highway 401. She was 34 weeks pregnant when the incident occurred, which prompted immediate concern about the health of her unborn child.

"I thought he was dead, (and) I didn't know," she said. "The only issue with him is that he's premature with some development issues."

Gonzalez says she may never walk again because the incident left her with shattered bones in her foot. She said nobody stopped to help her while she was lying just off the roadway with no cell phone to call for help.

Gonzalez said she grabbed rocks and threw them at passing vehicles to get the attention of drivers. 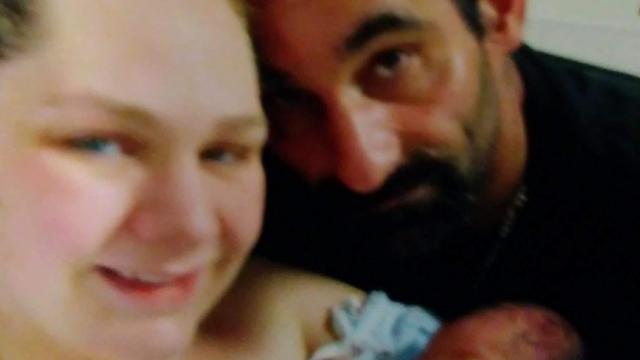 "I heard it smack (a) truck multiple times," she said.

A passing motorist finally stopped and called rescue workers, who rushed her to WakeMed. She delivered her son, named Cameron, who remains as the hospital for treatment while she stays at a nearby hotel. She said she is glad that he appears unharmed after the incident.

"I will take every broken bone I could for that boy," she said.

Troopers with the North Carolina State Highway Patrol said they believe a black Cadillac Seville, from 2002-2005, struck Gonazalez. She said she hopes the driver will do the right thing and own up to it.

"I hope (they) take it as a lesson learned because usually people in this situation are dead," Gonzalez said.

The family's vehicle was totaled during the winter storm that dropped several inches of snow on central North Carolina several weeks ago.