Henderson, N.C. — One week after more than 20 horses were found dead on a Wake County property, questions persist about why they were abandoned.

Janet Elaine Lavender Burleson, 64, of 555 Cross Roads Boulevard in Cary, has been charged with 23 counts of felony killing an animal by starvation and 1 count of felony cruelty to animals. 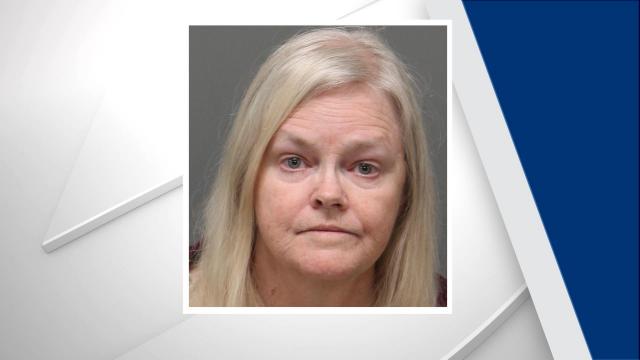 Twenty-two dead horses, as well as one dead dog and one living dog, were found at a home on Fanny Brown Road in the southern part of the county last Friday. The property was owned by Burleson's now-deceased parents.

Two small horses and two large horses were removed from the site for testing, and necropsies determined the animals had been starved to death, according to the Wake County Sheriff's Office.

According to arrest warrants, Burleson deprived each of the horses of "adequate food and water while it was kept locked inside a small, insufficient pen which prevented the animal a chance to fend for its own survival, resulting in the death of the animal due to starvation."

Burleson had lived for many years in northern Franklin County, raising miniature horses as guide animals for the blind. She even wrote a book entitled "Helping Hooves."

Locals said Friday that Burleson and her husband lived in the area for about a decade. A neighbor described them as private and unengaging.

In the nearby crossroads community of Bobbitt, Randy Rowland remembered the couple dropping in at the Bobbitt Grocery maybe three times a week.

"They seemed like good people. He never said much. She was always nice," Rowland said.

Rowland's brother recently bought the land where the Burlesons lived. The couple and their horses left the area a few years ago, and the house had stood vacant, he said.

When he learned that Burleson was charged with starving more than 20 horses, he didn't know what to make of it.

"Kind of hard to believe. They didn't seem like that kind of people, you know," he said. "I saw the miniature ponies out there [in Franklin County], and they looked healthy ... always looked good."

Gwen Roberts, who runs Horses for Hope, found the horses after receiving a call from a friend.

Roberts said her friend saw a woman bringing horses to a wooded area near her home over the summer. The horses were hidden in the back part of the woods, so they would not be visible from the road or other houses, she said.

The woman would come late at night to feed the animals, Roberts said, but the woman hadn't been seen there since December.

Burleson had most recently been living in a motel in Cary. She's now in the Wake County jail under a $250,000 bond.