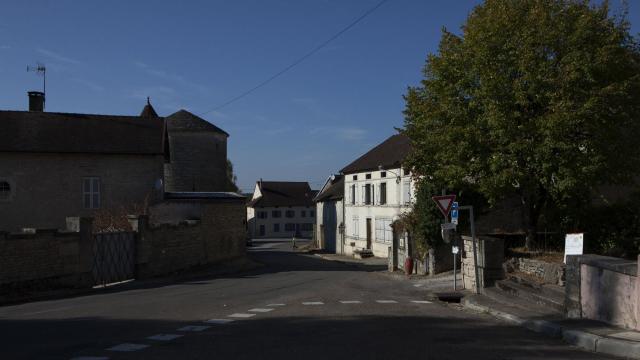 SAINT-SEINE-SUR-VINGEANNE, France — As mayor of this postage-stamp village deep in Burgundy, France, Louis Gentilhomme presided over a small but seemingly idyllic patch. The loudest noise on a recent day was the autumn breeze whistling in the trees. There were a few streets of stone houses, a 13th-century church, one baker and not much else.

So it may come as a surprise that late last year, Gentilhomme wrote a letter to President Emmanuel Macron telling him that the stress was too much and that he was quitting. He could not stand watching his village of 400 wither anymore.

“After 30 years, I’ve had enough,” wrote Gentilhomme, a vigorous 77-year-old former French navy SEAL diver. “The compromises, the unkept promises and the state’s withdrawal have used me up, morally and physically.”

His letter speaks to a broader anxiety in France’s heartland. This year, like him, more than 150 of the country’s mayors, mostly rural, have quit. The number of mayors quitting their posts may be at an all-time high, up anywhere from 32 to 50 percent over the previous electoral cycle, according to the French news media.

The resignations provide an echo of the larger clash taking place in France today between Macron’s drive to shake up the country’s sometimes archaic institutions, untouched for centuries, and a way of life that may no longer be sustainable.

It is in villages where the president’s ambition to pare back the government most squarely runs up against French traditions and expectations — one of which is that the state provides services and should make its authority felt in even the quietest corners.

That has long been the role of the village mayor, as much a French specialty as the 17th-century castle that graces Gentilhomme’s tiny territory, and almost as anachronistic.

Mayors have been a mainstay of French life since the revolutionaries of 1789 decreed that wherever a church steeple arises — even if only a few houses are clustered around it — there should be a mayor.

It has remained this way ever since. No country on the Continent surpasses France’s 35,502 mayors, who make up 40 percent of all the mayors in the European Union. Twenty thousand of these towns have fewer than 500 inhabitants.

But even before Macron came to office in May 2017, France was confronting the question of whether it could still afford so many little fiefs, which were already straining under cost cutting and administrative “regroupings.”

Under a 2015 law, small towns were ordered to combine into administrative units of at least 15,000 people, where 5,000 had been the previous bench mark. Real power — to handle economic development, to manage water, even to raise taxes — passed to the new clusters.

Now the young president has accelerated that drive toward even more administrative efficiency.

“In the era of the internet, fast transport and cuts in local funding, it makes sense for these towns to group themselves together to confront these new challenges,” said Jean-René Cazeneuve, a Macron deputy in the French Parliament who is studying why so many mayors are resigning.

“It’s Emmanuel Macron who wants to speed things up, who wants to reform,” Cazeneuve said. “And that could make local officials feel uneasy about their future.” No doubt it has. More mayors are shedding the sash that denotes their authority, as the appeal of presiding over the tricolor flag that flutters outside every mairie, or town hall, is not what it used to be.

“There’s something going on,” said Christian Le Bart, an expert in local government at Sciences Po university in Rennes. “They have the impression of being abandoned by the state, and of being more and more criticized by their citizens.”

The departures — a small fraction of the total, to be sure — reflect the struggle of villages in rural France to remain alive while trapped in a spiral of shrinking revenues and declining populations.

But the cure, the mayors say, has steadily left them with less money and less authority, but with no fewer burdens. “We do everything,” said Jean-Claude Bellini, who recently quit as mayor of nearby Chaux. “It’s always, ‘call the mayor, call the mayor.'”

Indeed, experts say, even with the regroupings and the cuts, there is a logic — a very French logic — in keeping the mayor in city hall. “Their reason for being is proximity,” said Matthieu Leprince, an economics professor and expert on local finance at the University of Western Brittany in Brest. “They know the turf.”

That has made the quiet revolt among France’s mayors — whose ears are closest to the citizen’s mouth — an important measure of grassroots resistance to Macron’s reform drive. The resistance comes at a time where Macron is looking to position himself as the leader of Europe and the chief defender of its liberal values, as Chancellor Angela Merkel of Germany prepares to exit the stage.

National polls show his support dwindling, most strikingly in the “deep France” of the provinces. Macron is considered the president of France’s thriving big cities, not its left-behind periphery.

Money has its own logic, too, and funds from Paris have dropped sharply during the last two years, Gentilhomme said. Overall, the state’s contribution to France’s towns has dropped to 30 billion euros ($34 billion) in 2017, when Macron was elected, from 42 billion euros in 2014.

At the same time, Macron has vowed to cut a main source of local revenue, the lodging tax, which brings in a total of 22 billion euros annually and makes up 10 percent of the average village’s budget.

The tax is paid by anyone who owns, rents or lives in a home or apartment — just about everyone in France — and Macron’s pledge to get rid of it was one of his most popular campaign promises.

While that promises to lighten the tax load on local residents, it has made the mayors — who booed Macron at their meeting last year — particularly furious.

The president has said he will make up the shortfall, but mayors are distrustful that he will. “There’s a real threat to the financial autonomy of these towns,” said Ludovic Rochette, who heads the mayor’s association in the Côte d’Or department in Burgundy.

The mayors, he said, had long felt disrespected by authorities in Paris, but they had hoped for a change with Macron.

“We thought that with him, finally, there would be dialogue between Paris and the territories,” Rochette said. “But cutting out the lodging tax was the last straw. And we’ve all cut and cut, and now we’re down to the bone.”

Aware of the frustration, Macron last month beefed up his local affairs ministry, vowing more attentiveness. But that was too late for mayors like Gentilhomme.

Where he lives in the Côte d’Or, the heart of Burgundy’s legendary wine country, the local mayor’s association says resignations have increased 52 percent over the period from 2008 to 2014. “My struggle for the survival of our countryside was misunderstood, and barely supported,” Gentilhomme wrote the president.

The short letter back from Macron was signed, but that was the only human touch. It spoke dryly of “institutional stability” and promised to simplify the administrative regroupings.

But that consolidation was exactly what Gentilhomme had fought against, as he was pushed from a regrouping of 11 villages into one of 26.

Cazeneuve, the parliamentary deputy, thinks the consolidations could be a prime reason behind the resignation wave — an end to the distinctive French dream of being king of one’s own small domain.

“It’s better to be first in the village than second in Rome,” he said.

But second, even in the village, is another thing entirely.

“I walked to the mairie every day,” Gentilhomme said. “And they didn’t hesitate to call out to me, or even to come to the house. They think the mayor can do everything.”

“'There’s no water, there’s no electricity, so, it’s got be the mayor,'” he said, mimicking the complaints that came piling down.

“On your own turf, people think you are the good Lord,” Gentilhomme said. “But in reality, you can’t do much of anything.”