Raleigh, N.C. — A fourth person has died from an outbreak of Legionnaires' disease at a western North Carolina fairground, state officials said Friday.

Meanwhile, officials are trying to determine how another person who visited a building at the Western North Carolina Agricultural Center in Fletcher that has been linked to the outbreak during the Mountain State Fair contracted the disease long after the fair.

The person was in the Davis Event Center two weeks after the Mountain State Fair for a quilt show – after public health officials had cleared it for events.

Legionnaires’ disease is a form of pneumonia caused by Legionella bacteria, and people can contract the disease when they breathe in aerosolized water that contains the bacteria. Symptoms usually begin two to 10 days after exposure.

State health officials initially said a hot tub display at the Mountain State Fair was likely the cause of the outbreak, noting most of those infected had been near a display in the Davis Center between Sept. 11 and Sept. 15 – the last five days of the fair.

After the fair, investigators examined the Davis Center on Sept. 25 and Sept. 27 and said they couldn't find anything that would put mist or water droplets into the air and continue to spread the disease.

The Asheville Quilt Show was held at the center Sept. 27-29. 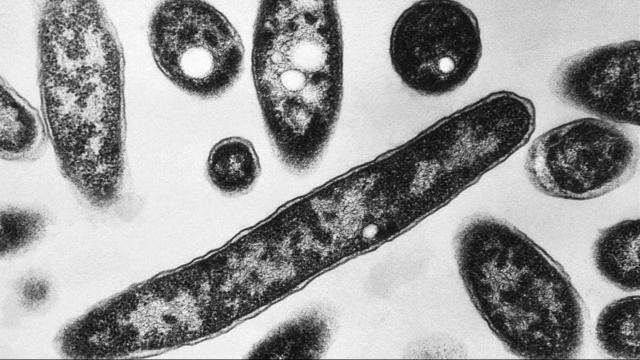 Western North Carolina Agricultural Center managers said they flushed and disinfected the Davis Center's water lines on Oct. 4 and Oc.t 7 after one test came back positive for Legionella bacteria. The rest of the water lines at the fairgrounds were cleaned on Wednesday.

On Friday, managers said they would put events at the Davis Center on hold.

"In light of [the state Division of] Public Health's latest information, we have decided to conduct an additional environmental assessment of the Davis Event Center under the guidance of an independent industrial hygienist," a statement on the fairgrounds website said. "We are not renting the facility at this time."

State Department of Health and Human Services officials said they're not sure the latest victim contracted Legionnaires' disease at the Davis Center.

"We don't know how or where this person might have been exposed to the Legionella bacteria," State Epidemiologist Dr. Zack Moore said in a news release. "Legionella bacteria are very common in the environment, so we can't rule out exposure in another location."

Gov. Roy Cooper said he has confidence that state health officials are doing everything they can to find out what's causing the outbreak.

"We'd rather be safe than sorry, so I think they're taking every step possible to try to prevent people from contracting the disease and certainly tracking it down as soon as it is discovered," Cooper said.

So far, 141 people have been infected with Legionnaires' disease or Pontiac fever, a milder form of the disease, officials said. The vast majority live in 19 North Carolina counties, but 10 are from out of state.