Nags Head, N.C. — Four people died in a large fire that broke out at a condominium in Buxton early Friday, authorities said.

Fire crews responded to reports of visible flames coming from a residence located at 46110 Cape Hatteras Lane shortly after 4 a.m. A second alarm was sounded, and more crews came to assist later on. 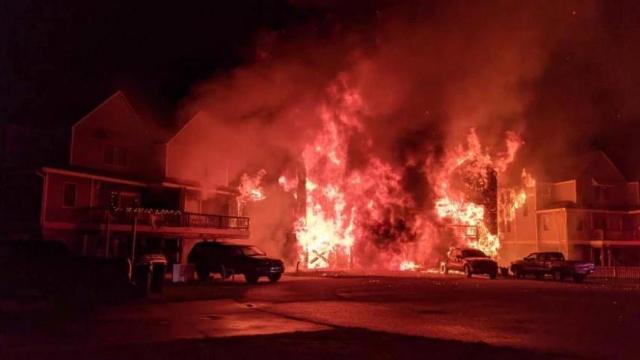 “Thoughts and prayers are with all who have been impacted by this tragic fire, especially those that lost loved ones,” said Drew Pearson, Dare County Emergency Management Director. “We thank all those that answered the call, from the 911 call takers to each and every first responder, numerous volunteers and the fire investigators for their tireless efforts.”

The cause of the fire is under investigation by North Carolina State Bureau of Investigation, Dare County Sheriff's Department, and Coast Guard Investigative Service. 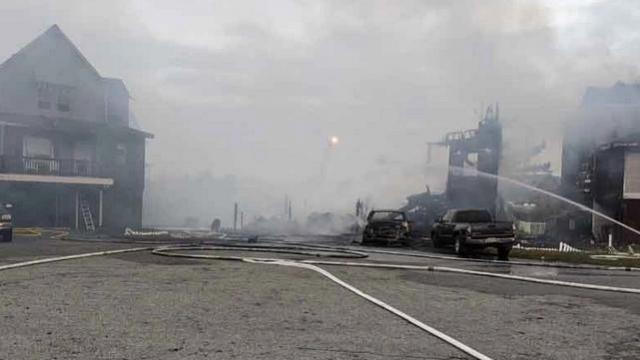 The victims haven't been identified, and the U.S. Coast Guard said Monday that three members of a Coast Guard family remain unaccounted for after the fire.

"This is an exceptionally hard time for our members and their families," Capt. Matt Baer, commander of Sector North Carolina for the Coast Guard, said in a statement. "It is heartening to see the outpouring of support from the Outer Banks and around the country."

Local Coast Guardsmen have received an outpouring of volunteerism and offers of assistance from both the local community and from around the country, Baer said.