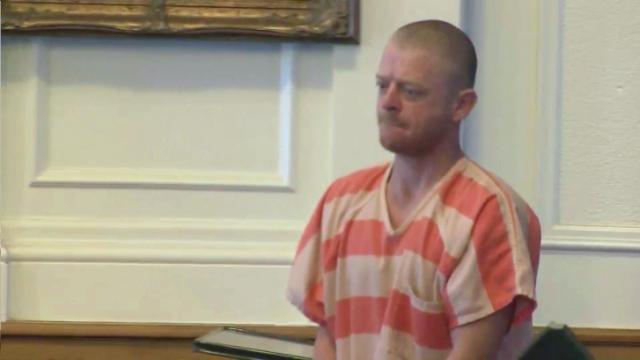 Smithfield, N.C. — A Four Oaks man will spend at least 23 years in prison after pleading guilty to killing his stepfather two years ago.

Stanley, 62, was found dead in some woods near Thomas Road and N.C. Highway 96 after a two-day search prompted by a report of a shooting at 8068-B Stricklands Crossroads Road.

When deputies arrived at the home, they found only blood on the ground and no sign of Stanley or Slade. A neighbor had been at the home earlier that evening and told investigators that Slade had a gun and Stanley was on the ground.

Slade surrendered to authorities after walking up to a WRAL News crew and saying he wasn't sure why deputies were looking for him.

He was sentenced to 276 to 344 months in prison. Johnston County District Attorney Susan Doyle said Stanley's family agreed to the plea rather than taking the case to trial.