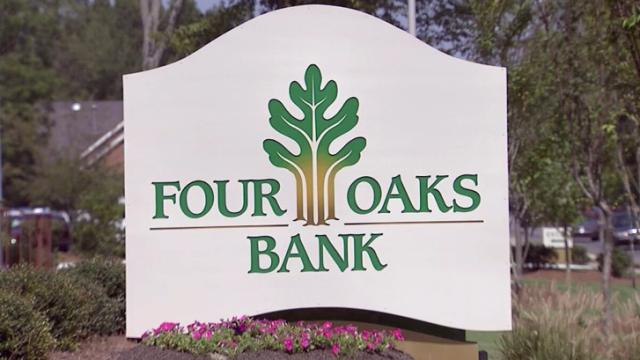 Raleigh, N.C. — A federal judge has signed off on a settlement between Four Oaks Bank and the U.S. Justice Department to end a civil lawsuit over the bank's contracts with third-party payment processors.

Under the settlement, which U.S. District Judge Terrance Boyle signed Friday, Four Oaks Bank will pay a $1.2 million civil penalty and abide by certain conditions regarding how it provides banking services for some types of merchants.

The Justice Department sued the bank in January, alleging that Four Oaks Bank and its parent company, both based in Johnston County, provided an unidentified third-party payment processor direct access to the Federal Reserve Bank of Atlanta in exchange for sizable fees. The arrangement allowed the Texas-based  processor to debit customer accounts without authorization.

Bank executives turned a blind eye to repeated complaints from people who said the processor allowed payday lenders to rack up exorbitant fees and interest on loans that were supposedly paid off, according to the suit, and they also ignored a notice from the Arkansas Attorney General's Office that some people in that state were being charged for payday loans even though such loans are illegal in that state.

The suit alleged that the Texas processor also became a conduit for other third-party processors, include Redfall, which federal prosecutors linked to online gambling, and Rex Venture Group, which processed $60 million in transactions through Four Oaks Bank in a pyramid scheme known as ZeekRewards.

As part of the settlement, Four Oaks Bank didn't acknowledge any of the allegations or admit any liability.

The board of directors of parent company Four Oaks Fincorp Inc. said in a statement that the settlement was in the bank’s best interest in order to avoid a lengthy and protracted legal fight.

The bank and its parent also have cooperated with the Justice Department in its criminal investigation related to the third-party processor.