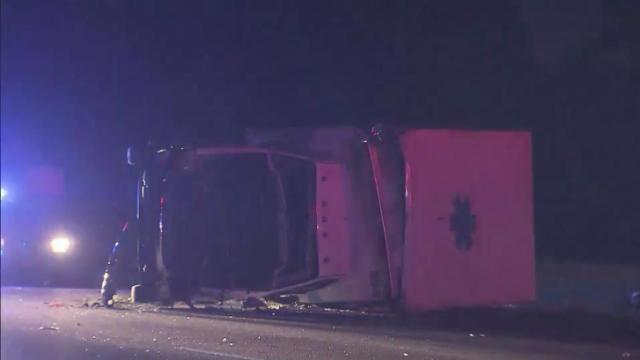 Raleigh, N.C. — Three Franklin County EMS workers and one patient were transported to a local hospital after a vehicle struck an ambulance on U.S. Highway 1 Sunday morning.

According to authorities, the driver, who was traveling in a dark-colored Nissan Sentra on Capital Boulevard near Falls of the Neuse Road, hit the Franklin County ambulance and caused it to overturn.

Officials said the driver fled on foot after the wreck and is still at large.

Authorities said all four victims were treated for non-life threatening injuries and have been released from the hospital.

No additional information has been released. Authorities said an investigation is ongoing.