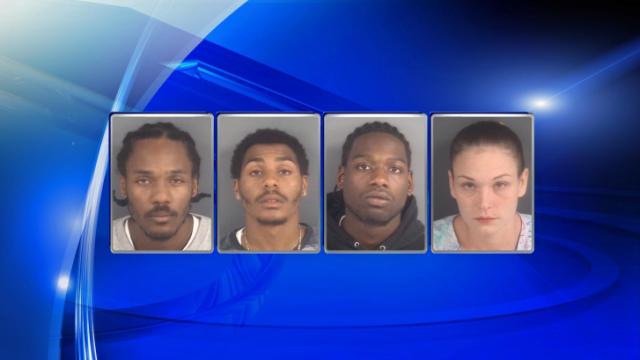 Fayetteville, N.C. — Cumberland County sheriff’s deputies have charged four suspects in the armed robbery and shooting death last month of a Fayetteville man believed to be a drug dealer.

DeKendric Graham, 31, was found about 4:30 a.m. on Aug. 30 outside a home on Ireland Drive, where he was visiting friends after leaving a nightclub. He died a short time later at Cape Fear Valley Medical Center.

Detectives said Thursday that the suspects planned to rob Graham because he was a drug dealer known to keep large amounts of cash and drugs.

The following suspects were charged: