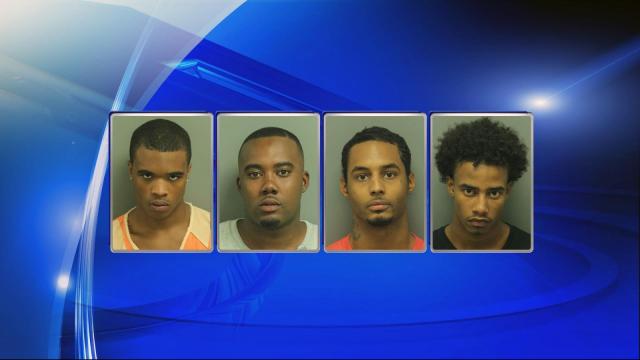 A man told police he arranged to meet someone at the Kangaroo convenience store on West Williams Street to buy several phones he found listed on Craigslist. When he arrived, the person he was supposed to meet robbed him at gunpoint, taking $2,600.

Police responded to the robbery about 3:17 p.m. and within minutes, an officer spotted a vehicle heading east on U.S. Highway 64. Officers intercepted the vehicle and took three suspects into custody, but a fourth ran toward the high school, which was briefly locked down as a precaution. Only after-school activities were affected.

The fourth suspect was caught just before 4 p.m. in the woods near the school, police said.

Safari Malik Greene, 16, of Wendell; Bryan Elliot Beatty, 24, of Raleigh; Javon Tyrell Williams, 25, of Raleigh; and Jordan Anthony Gray, 20, of Wendell, were each charged with robbery with a dangerous weapon and conspiracy to commit armed robbery.