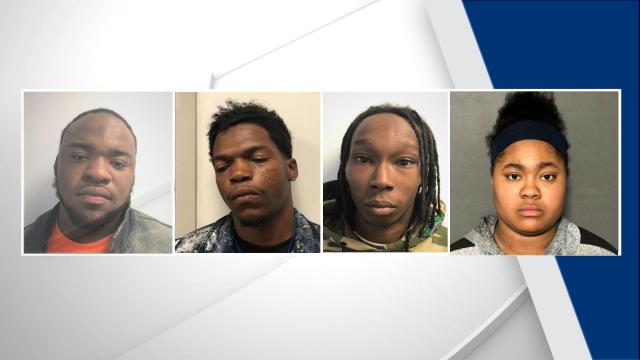 Henderson, N.C. — The Vance County Sheriff's Office announced the arrest of four people in the December murder of a Henderson man.

Sheriff Curtis Brame said in a press release that Damarous Magbie, 23, Demetris Miller, 23, and Latimor Drumgold, 23, all of Henderson, are facing charges along with Neajsia Jones, 19, of Warrenton, in the death of Nicholas Conner on Dec. 18 in Henderson. All four are charged with felony murder and attempted robbery with a dangerous weapon. Magbie is also charged with discharging a weapon into an occupied moving vehicle.

The four are being held in jail under no bond. Their first court date is Feb. 17.

Deputies responded to 172 Mansfield Lane in Henderson in regards to a vehicle accident. They found the vehicle, pulled Conner out and discovered he had been shot several times. He was transported to the hospital where he died.