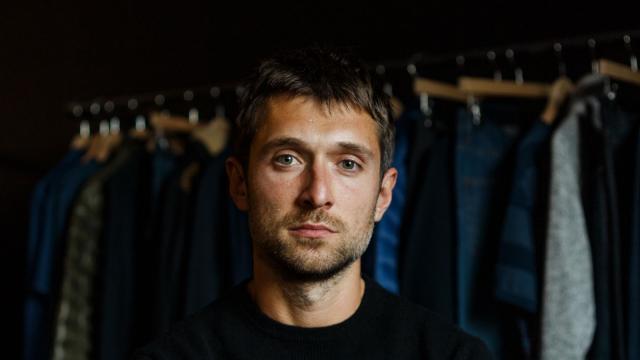 BuzzFeed has long positioned itself as the future of publishing — it practices the mysterious arts of digital media better than anyone. From the beginning, its ability to know, before anyone else, what sort of content would go viral delivered it a large audience and helped the company attract half a billion dollars in venture money and a steady stream of mostly positive media attention.

Then came 2017, when the company fell far short of its revenue goal of $350 million. Sales instead came in flat at about $260 million, according to three people with knowledge of the matter who spoke on the condition of anonymity to discuss the company’s finances.

One hundred people were laid off. Considerations for a public offering in late 2018 were shelved.

But efforts to re-establish its fortunes have already begun. The company expects to surpass $300 million in revenue this year, the three people said.

To get there, BuzzFeed now sells cookware at Walmart and accepts banner ads on its webpages. It runs a morning show on Twitter, a weekly one on Facebook and another on Netflix, all of which are paid for by the platforms. Its newsroom and its entertainment studio churn out thousands of videos and articles each week, to an audience of 690 million people every month. The company also gets a commission when a reader buys a product on Amazon or other commerce sites after clicking through from one of BuzzFeed’s recommended product links, known as affiliate marketing.

And on Monday, BuzzFeed News announced a membership model that provides exclusive access to newsletters and behind-the-scenes content for $5 a month. A $100 donation gets you a tote bag. (BuzzFeed’s website will remain free.)

Still, these are largely stopgaps. The better solution according to Jonah Peretti, a founder of the company and its chief executive, would require a much more audacious effort: a series of mergers with five or six top internet publishers.

“You have Vice and Vox Media and Group Nine and Refinery,” Peretti said. “There’s tons of them that are doing interesting work.”

He extolled the logic of combining forces: A larger entity could lobby for a higher percentage of the ad dollars Facebook and Google share with publishers whenever their content, videos in particular, run on the platforms. In turn, publishers can supply them with content that is safe for users and friendlier for advertisers.

He pointed to how Facebook, YouTube and Twitter have had to answer for the latest content crisis plaguing social media. In addition to Russia’s misinformation campaign to try to sway the 2016 presidential election in the United States, hate speech and conspiracy theories regularly show up on their platforms.

“Having some bigger companies that actually care about the quality of the content feels like something that’s very valuable,” he said.

Though initial discussions involving a few companies have taken place, they were all very preliminary, according to five people with knowledge of the matter who spoke on the condition of anonymity to describe private discussions. BuzzFeed has spoken to at least one other company, while other publishers have had separate discussions, these people said. Peretti declined to name which companies he has talked to regarding any potential mergers.

Any deal would be difficult to pull off given the number of investors involved and the compounding losses that would result from combining several money-losing startups. Staff cuts would be inevitable.

Still, publishers have been getting squeezed by the tech platforms as online advertising rates continue to level off.

“If BuzzFeed and five of the other biggest companies were combined into a bigger digital media company, you would probably be able to get paid more money,” he said.

Content companies everywhere are hurting, especially after Facebook introduced a sweeping change in 2016 that significantly reduced the visibility of articles and videos from publishers in News Feed, its main artery of content. Vice Media will be profitable by the “next fiscal year,” chief executive Nancy Dubuc said, but staff cuts would be needed to meet that goal. Vox Media, publisher of The Verge and Eater, has struggled to hit its more ambitious revenue targets. Group Nine, owner of popular sites such as The Dodo and Now This, has sought ways to get better ad terms from Facebook and Google. Refinery29, a publisher focused on videos aimed at young women, recently had to lay off nearly 10 percent of its staff.

“I don’t believe my competition is BuzzFeed or Vox or Vice,” he said. “We compete on a day-to-day basis for business, but the ultimate competition here is us against traditional TV and also protecting ourselves against the big platforms.”

Lerer and Peretti have been friends for over a decade, and Lerer’s father, venture capitalist Kenneth Lerer, is the chairman of BuzzFeed. He also sits on the board of Group Nine. But the younger Lerer stressed that any business deal between the two would not include his father to avoid conflicts of interest.

“Consolidation in digital media is something that is going to happen,” he added. Money for a merger would not be an issue, according to Peretti. The sticking points would center on who would run a combined entity as well as how each business would be valued in a merger. The combined valuation of the companies Peretti mentioned exceeds $7 billion.

Other publishing executives acknowledged the seeming inevitability of consolidation.

Philippe von Borries, a co-chief executive of Refinery29, said that in the next year or so there might be “an opportunity for the leading media and entertainment companies that emerged over the past decade to come together,” provided all parties could settle on a shared culture and vision.

Vice Media did not respond to a request for comment.

Peretti, 44, started BuzzFeed in 2006 as a kind of experimental project while working at The Huffington Post, an early giant of web publishing that he founded with Arianna Huffington and Kenneth Lerer.

BuzzFeed then was little more than a bot running out of a small office in New York City. The program would scour thousands of links across popular blogs to sort out which ones were trending. It became incredibly accurate. Peretti was able to find which stories people wanted before they did. (He left The Huffington Post — now called HuffPost — in 2011 after it was sold to AOL for $315 million.)

In many ways it was a return to his first media obsession: what makes something go viral. In 2001, while a graduate student at the MIT Media Lab, Peretti got in a heated email exchange with customer service representatives at Nike. The company allowed buyers to customize their shoes with a word or phrase. Peretti chose “sweatshop.”

The request was denied. Peretti insisted “sweatshop” had not violated Nike’s criteria, but the company would not fulfill his order. He forwarded the email thread to several friends who sent it on to several others. It eventually reached millions of people. Peretti ended up appearing on the “Today” show debating labor issues with a Nike executive.

The story has become the stuff of internet lore, but it also represents the heart of BuzzFeed. The early chat bot became a website, which led to original content and then the formation of a newsroom, which now boasts a huge monthly audience. As BuzzFeed’s audience has grown, so has the diversity of its content. Hard-hitting investigative journalism lives alongside listicles, quizzes and cooking videos.

When BuzzFeed started, Peretti did not want banner ads because they significantly slowed down a site, so he pushed for native ads — posts that look like editorial content but are designed for marketers.

“BuzzFeed has always been very experimental,” he said. The ethos that led to its viral content and mining of memes to explain the day’s news is now being applied on the business side, he said, “to consider commerce and advertising and even donations.”

The company is positioning its membership model as a way of supporting its journalism, despite being a for-profit company. BuzzFeed had experimented this year by soliciting donations from readers for its news division. The high level of interest spurred the creation of memberships, which sound similar to fundraising drives by nonprofits like PBS.

Last year, native advertising slowed down considerably so BuzzFeed started accepting banner ads. After President Donald Trump was elected a lot of brands did not know what they wanted to say, Peretti said.

“Some of them got scared to say anything because everything seemed polarized,” he said. That prompted the move to accept traditional ad formats.

This year, BuzzFeed started selling cookware based on the popularity of its Tasty cooking videos. The company licensed the name to a manufacturer that sells the branded pots and pans at Walmart, a deal worth more than $20 million to BuzzFeed, according to people with knowledge of the matter.

Making sure the business can thrive is important to Peretti, even if it comes in the form of bakeware and banner ads.

At a staff meeting in Los Angeles a few years ago, someone asked Peretti what he would do if he won the lottery.

He responded: “I already won the lottery when we sold HuffPost to AOL. After that, I went out and bought a Honda Odyssey.”

Peretti acknowledges the anecdote but said it should not be characterized to mean he doesn’t care about money, or its importance to BuzzFeed.

“A company that doesn’t generate money isn’t a company that gets to do very much,” he said. “From a business standpoint, money is a means to an end.”