Saint Pauls, N.C. — Authorities in Robeson County are following clues they hope will lead them to a missing woman.

He was driving the missing woman's car.

Investigators now suspect there was foul play in her disappearance.

Lawrence was last seen at her home on Coy Road on Sept. 26.

The Robeson County Sheriff’s Office has set up a command post at N.C. Highway 710 and Hubbard Road. They have evidence of some of Lawrence's belongings in that area. 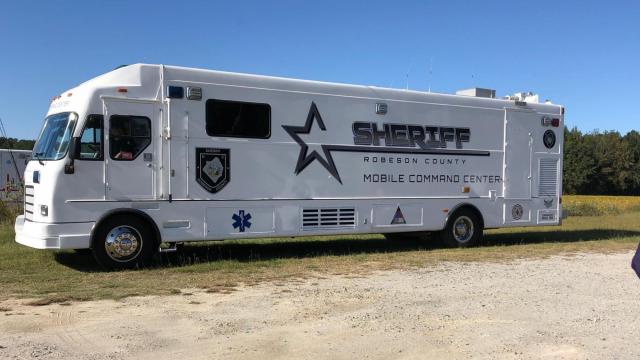 "Right now we're hoping for the best, but we fear the worse is going to take place," said Robeson County Sheriff Burnis Wilkins.

Wilkins is leading a group of about 50 search and rescue workers from several counties looking for Lawrence.

Lawrence is a mother of three who worked at Cape Fear Valley Medical Center in Fayetteville. Investigators say she was last seen at her home in Saint Pauls when a probation officer stopped by to see her boyfriend.

"We have confirmed through text messages on her phone that she was active throughout the evening, but later into the evening and early morning her phone died," said Wilkins.

Lawrence's mother, Reta Olster, never met her daughter's boyfriend, but she said there was trouble between them.

"He was not a very nice person and, from what I can understand ,there was conflict with them. They always had conflict but she stayed with him any ways," said Olster.

Brayboy was arrested for failure to report a change of address by a sex offender. He's being held on $1.5 million bond.

“We have reason to believe foul play is involved," said Wilkins. "Obviously, we can’t discuss details of where the investigation is at this point, but many leads have been established and evidence has been obtained. We are asking for the public’s assistance in regards to anyone that observed Brayboy in the vehicle described or may have seen him with Lawrence around September 26-27, 2021, to come forward.”

Family members said they love Lawrence and want her found. They urge people to contact police if they know anything.

While search teams figure out their next moves, the sheriff's office is waiting on data from the missing woman's cell phone to help pinpoint her last location.