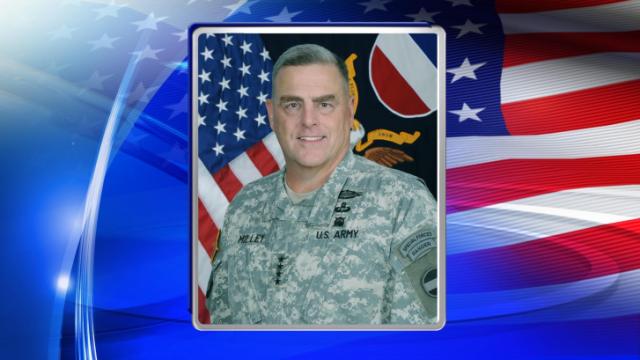 Fort Bragg, N.C. — An Army general who once served in the 82nd Airborne Division at Fort Bragg returned Friday to lead the U.S. Army Forces Command, which is headquartered at the post.

Gen. Mark A. Milley was promoted to a four-star general before taking the reins of the Army’s largest organization. He succeeds Gen. Daniel B. Allyn, who is leaving Fort Bragg to become the Army vice chief of staff.

Milley’s last assignment was as commander at Fort Hood, Texas. He has spent 34 years in the Army and has served around the world. His deployments have included Operation Just Cause in Panama, Operation Uphold Democracy in Haiti, Operation Joint Endeavor in Bosnia-Herzegovina, Operation Enduring Freedom in Afghanistan and three tours in Iraq.

He has numerous awards and deocrations, including a Bronze Star.