Fayetteville, N.C. — Just days before Christmas, police in Fayetteville are investigating a murder-suicide.

A pregnant woman and her unborn child died in a Sunday shooting. The gunman, Staff Sgt. Keith Lewis, was a member of the U.S. Army Special Operations Command stationed at Fort Bragg. He took his own life, police said.

According to police, Lewis, 31, and Sarah Lewis, 34, were both shot at their home on Willow Street before 7:30 p.m. A man who witnessed the shooting but didn't want to be identified says Keith Lewis fired from what appeared to be an automatic weapon.

Emilia River said she and her boyfriend heard the shots from across the street.

"We heard the gunshots. Immediately he was like, 'You know someone just died. You don't shoot that many gunshots and not try to kill somebody,'" she said. 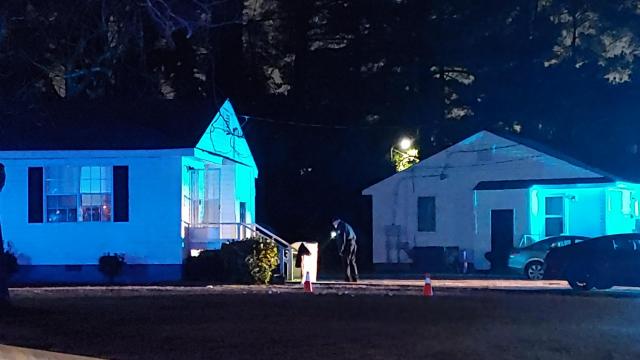 A witness says he saw Keith Lewis run back into the house just before police arrived.

"When the police came, they were talking to him for about 15 minutes," the witness recounted.

Keith Lewis died at the scene. Sarah Lewis was taken to a Cape Fear Valley Medical Center, where she and her unborn baby died.

Police said no one else was harmed during the shooting. The couple's 3-year-old daughter was home at the time, but she was not harmed. By Monday, she was staying with other family members.

The shooting remains under investigation.