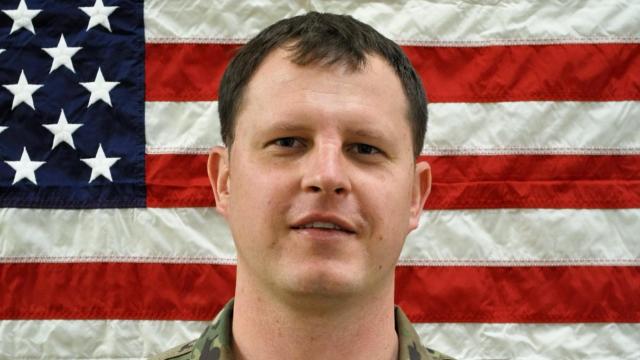 Fort Bragg, N.C. — A soldier stationed at Fort Bragg was killed and 12 other soldiers from other bases were hurt during a training accident at Fort Polk, Louisiana, authorities said Thursday.

Staff Sgt. Jacob A. Hess, 34, of Belton, Missouri, died of injuries he receiving during a training exercise at the Joint Readiness Training Center, U.S. Army officials said in a written statement.

"On behalf of the soldiers and families of the 95th Civil Affairs Brigade, I extend my deepest condolences and sympathy to Staff Sgt. Hess' family," Col. Charles R. Burnett, commander of the brigade, said in a statement. "Jacob's character and professionalism display his dedication and service to the brigade and its mission."

Hess was born in Shawnee Mission, Kansas, graduated from Grandview Senior High School in 2003 and enlisted in the U.S. Army Reserves in 2004, according to the statement.

After a year in the Army Reserves, he reclassified and enlisted in the active Army and was assigned to 1st Brigade Combat Team, 82nd Airborne Division at Fort Bragg, where he served as a heavy equipment operator and later as a squad leader. He deployed in support of Operation Iraqi Freedom in 2007-2008, and again in 2009-2010, officials said.

They were treated for non-life-threatening injuries.

Army officials said the incident is under investigation.