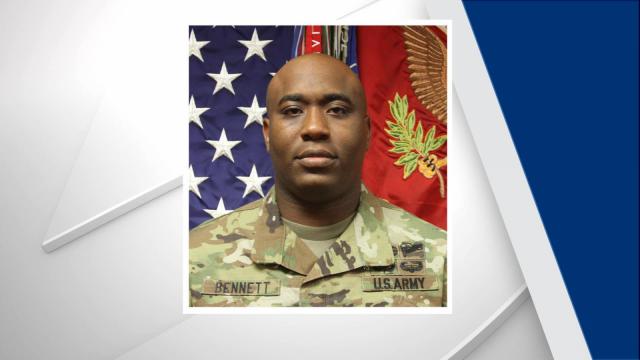 Fayetteville, N.C. — Authorities are investigating the death of a Fort Bragg soldier who was found in his off-post home on Wednesday.

Fot Bragg officials identified the soldier as 34-year-old 1st Sgt. Lafonte Bennett. The circumstances of Bennett's death are under investigation.

"1st Sgt. Bennett was an outstanding leader who had a remarkably positive influence on his soldiers," Col. John Rafferty, the commander of the 18th Field Artillery Brigade, said in a statement. "1st Sgt. Bennett's service to our Army and nation has been nothing short of exceptional.

"He was widely respected for his extensive combat experience and technical expertise. His leadership ability was emulated by Soldiers of all ranks and career fields. The 18th Field Artillery Brigade will never forget 1st Sgt. Lafonte Bennett. We send our sincerest condolences to the family, fellow Soldiers and friends of 1st Sgt. Bennett in this time of mourning."