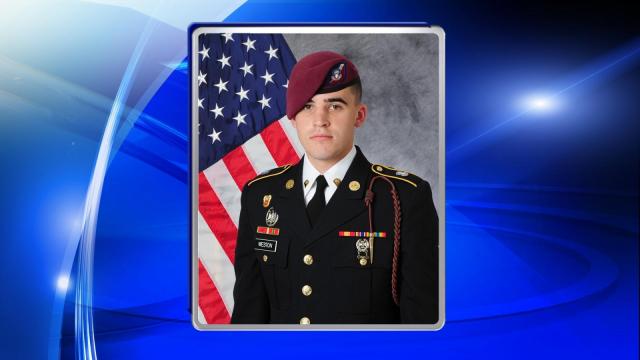 "Specialist Weston was known throughout the battalion as being absolutely selfless when it came to helping others and accomplishing the mission. He will be sorely missed,” said Lt. Col. David E. Vandevander, commander of the 82nd Sustainment Brigade. “Our heartfelt condolences go out to Spc. Weston’s Family and loved ones during this time of great loss.”

Officials said Weston joined the Army in March of 2013 and completed his Basic Combat Training at Fort Benning, Ga. He also completed the Advanced Individual Training at Fort Gordon, Ga., and was assigned to the 82nd Airborne Division Sustainment Brigade in February of 2014.