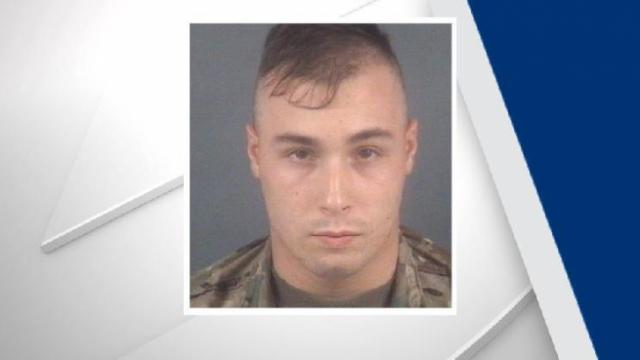 Fayetteville, N.C. — Detectives with the Fayetteville Police Department's Special Victims Unit arrested and charged a Fort Bragg soldier in connection with a rape on July 30.

According to authorities, Christian Chalk, 20, of the 1800 block of Camelot Drive, was arrested Monday and charged with second-degree forcible rape and contributing to the delinquency of a minor.

Chalk was known to the 16-year-old victim at the time of the incident, authorities said.

Chalk was being held at the Cumberland County Detention Center under a $100,000 secured bond.